Avid readers will recall the previous two stories we reported concerning Nvidia's troubled GTX 590. The first to emerge was a video of a GTX 590 card exploding as a result of weak VRM circuitry. It turned out that this was a staged video, with the core voltage being bumped up to produce the effect. Despite that, the damage to not only the card, but it's reputation, was considerable. Later, Nvidia dialled down the core voltage constraints in an attempt to stop any more of the cards going the same way.

Today, we report that Nvidia is allegedly revising the VRM circuitry design of the GTX 590 to accommodate new, larger, inductors onto the card in order to improve power control. 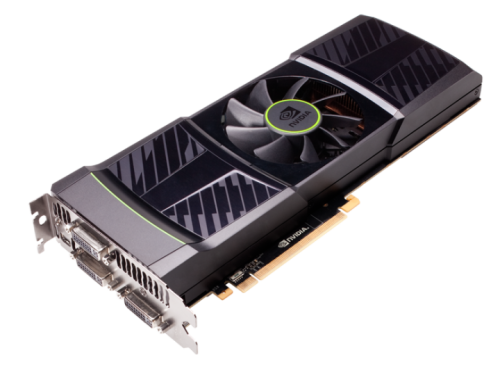 The GTX 590 now. It's unlikely the stock cooler will change.

These improvements come as a last attempt for Nvidia to rescue it's flagship from what should have been an easy defeat of AMD's HD 6990. These changes may introduce additional problems in the form of water block compatibility. Water blocks for the GTX 590 already exist, but manufacturers may have to go back to the drawing board, meaning if you're planning to build a water-cooled rig using a GTX 590, your choice of components must be wisely considered.

How will we be able to tell the two cards apart? Apart from the new, larger parts, the improved card will denoted with a -502 marking on the PCB. Expect them to hit the shelves in June.

A new card in the near future has apparently now been ruled out, according to EVGA and MSI. EVGA claim the current GTX 590 runs great. The original source appears to have been incorrect. See here for more details on these developments.