noblechairs & MARVEL Team Up For A New Range Of Gaming Chairs, Starting With Iron Man 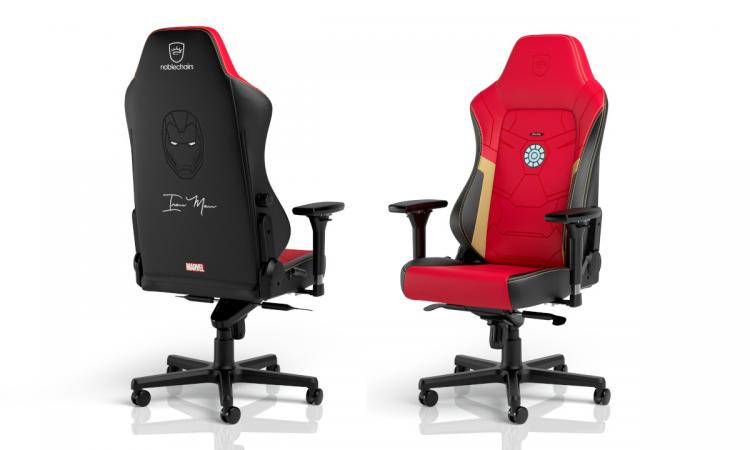 You have to hand it to noblechairs, they've tied up some impressive partnerships in the last few years. Mercedes, Bethesda, Real Madrid, a plethora of esports teams and more, only one entertainment industry was seemingly immune to their charms: comicbook genre movies. Immune that is, until now.

This afternoon noblechairs and MARVEL have announced that they're teaming up for a range of Limited Edition gaming chairs themed on the latter's immensely popular superhero franchise. The first, and perhaps most iconic of all, is an Iron Man Edition HERO Series seat in the familiar red and gold livery of the classic Mark III suit.

Central to the theme is the segmented pale blue circle of the Arc Reactor, a mainstay of early Iron Man suit designs and perhaps the most recognisable part of the theme as a whole. It's bordered on the backrest by a red background that's segmented through meticulous embroidery to appear like the armoured plates of the suit itself. This in turn is bordered by yellow and black sections, but extends down to the seat base. An embossed noblechairs insignia meanwhile literally tops to the chair.

The rear is also embellished by its own aesthetic touches, including an embroidered Iron Man mask and signature. Marvel's trademark stamp sits at the base, subtle but still prominent.

Noblechairs' HERO series is an appropriate framework on which to base this new range of seats, and not just because of its name. The series design has proved itself to be both popular and robust, winning multiple awards over years even in it standard form. Some of the seat's key features are: 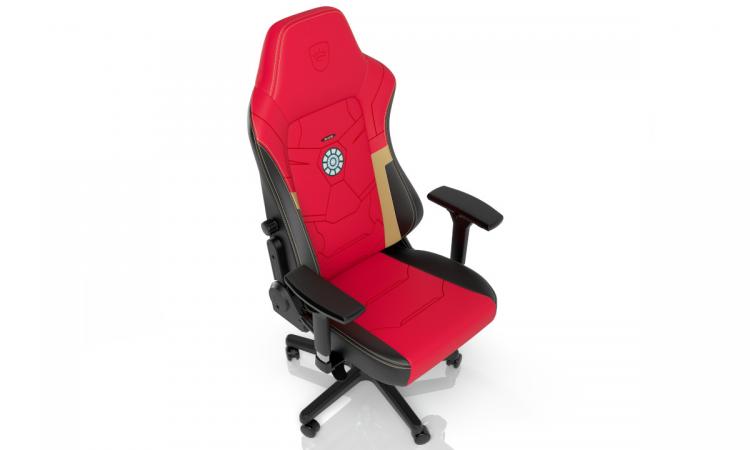 Keen to share his own excitement, Toni Sonn, CEO of noblechairs, said, "We are especially excited to collaborate with MARVEL who has provided us all with defining memories and experiences since our childhood days. To design and create new products with these iconic characters is both the challenge and reward. The upcoming Special Editions will be an absolute highlight for noblechairs and MARVEL fans, as well as unique collector's items that we are very passionate to showcase."

As you can tell from the above quote, it's looking unlikely that the Iron Man Special Edition will be a one-off. There are plenty of other superheroes (and villians) on the roster that would make for some stunning themes for your gaming setup, so keep your eyes open for more in the future.

The noblechairs HERO Gaming Chair  Iron Man Edition will be available to pre-order from today at the price of £424.99 / 489.90. Visit the noblechairs website for more details at noblechairs.co.uk/ironman.