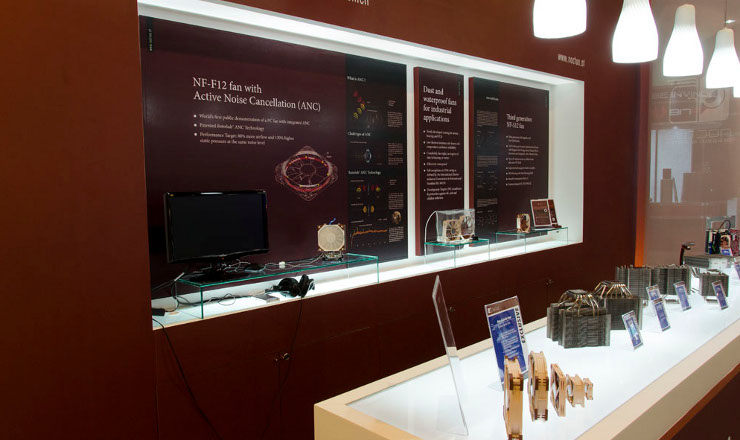 Not everyone was lucky enough to take a trip to Computex, Taipei last week and see all the new tech on offer, but Noctua have been kind enough to collate some products they had on display together. Here's a small selection of what you might have seen. 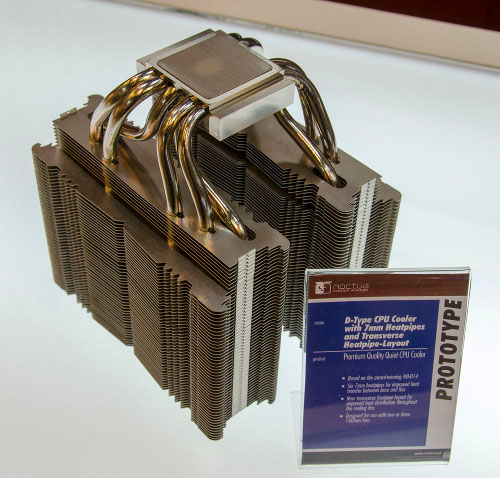 The twin-tower NH-D14 cpu cooler is widely seen as the current market leader for air coolers, and this tried and tested design has been at or near the top of performance charts since its release in 2009. Perhaps it's time for a refresh, perhaps not, but Noctua displayed two new D-series prototypes following a design similar to the D14.

The first seems like a D14, only larger. The cooler fin area overall size of the cooler has been increased to accommodate 140mm fans as standard, allowing greater heat dissipation and quieter operation in general. The heatpipes have also been modified; now 7mm in diameter and following a transverse layout they should allow heat to be transferred to the cooler fins more quickly and dissipate that heat more efficiently around the cooler fins.

The second is closer to the design of the original D14 than the first. A new, second layer of heatpipes has been added - oriented at 90 degrees to the original 6 - to aid dissipation of heat from the copper block. These heatpipes draw heat to the extremeties of the cooling fins, in theory resulting in a more efficient tower overall. Both prototypes are currently scheduled for a Q4 2012 release. 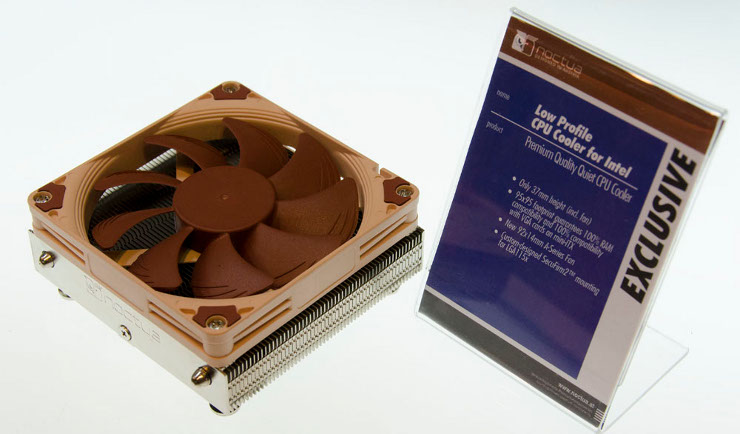 Two new low-profile coolers for Intel and AMD mini-ITX builds are sure to be of interest as more people look to the ITX form-factor for HTPCs and even the more mainstream desktop market. The two on display (Intel one shown above) are designed for maximum RAM and VGA compatibility whilst remaining no more than 37mm tall with fan included. The Intel cooler supports LGA115X; AM2, AM2+, AM3 and FM1/2 are all supported by the AMD-compatible version. 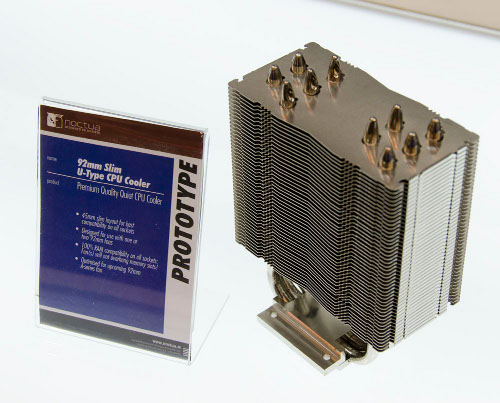 For those who need 100% RAM compatibility in their desktop PC, the U-Series ensures that even with Noctua fan installed at no point will the cooler cause an obstruction to the RAM slots. Three new prototypes, due for release in Q4 of this year, show slim and narrow designs which are optimised for specific Noctua 140mm, 120mm and 92mm fan models. 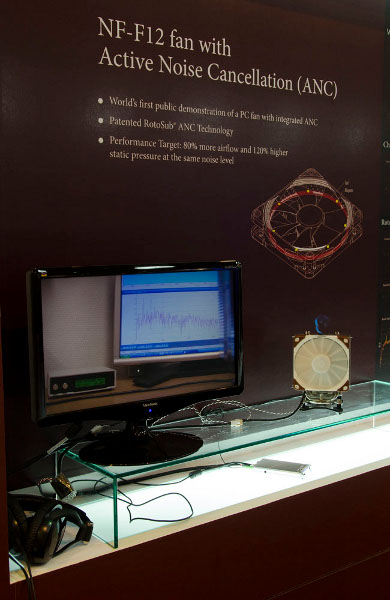 Notification came of a brand new concept from Noctua and partners RotoSub in the week prior to Computex: a fan featuring Active Noise Cancellation (ANC). The target is to boost the NF-12 120mm fan to 80% higher air flow and 120% more static pressure at the same noise level; essentially to run the NF-12 at 2500rpm but have no change in noise from operation at 1500rpm. The set-up on display was a proof of concept demonstrating how RotoSub's technology can reduce some components of tonal noise, but with a projected release date of Q3/4 2013 there's some way to go before the concept will reach maturity. 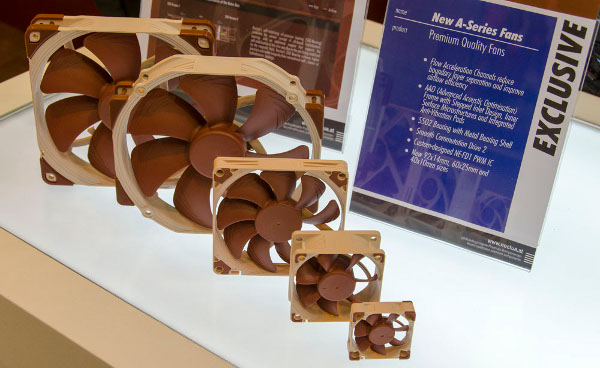 Noctua also showcased their new A-series range, due for release in September/October and featuring more advanced noise dampening through new AAO-frames, as well as a range of dust and waterproof fans for industrial uses.

The prototypes shown above weren't the only new designs from Noctua at Computex. For more, including new C- and L-series top-down coolers visit Noctua's Computex round-up.