Now you can adopt your very own Dragonborn from Skyrim

Look at him! He's so cute in that 'trying to look tough' kind of way! Don't you just want to tickle him under his cute little chin?

Ahhh hmmm! Sorry, I got a little carried away there. Bethesda have announced that new (and very limited) Dragonborn statues are available for purchase at Gaming Heads. 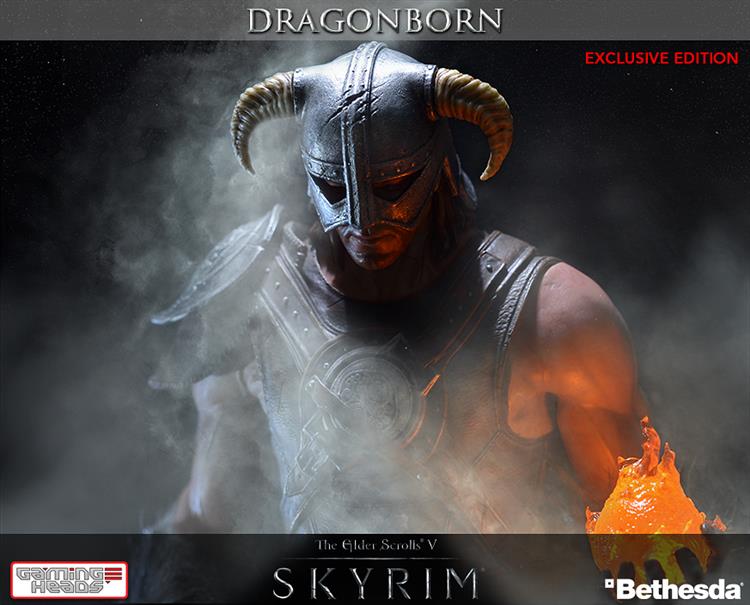 Inspired by official artwork, Dragonborn stands powerfully upon his rock base, surrounded by the tail of a mighty dragon. At 1/6 scale, he measures approximately 16 inches tall, including the base  creating an extremely awe-inspiring presence for your collection.

The statue is available in two versions. A Standard Edition - which is perfect for any two-handed combat expert is limited to 1,000 pieces worldwide and will set you back $299.99USD, and the Exclusive Edition which is designed for Mages as it adds an alternate arm that holds a fireball spell that illuminates and pulses like real fire. This can be exchanged with a short sword whenever you want. This will set you back $329.99USD and is limited to just 500 pieces worldwide.

Both editions include deluxe, full-color packaging, a hand numbered base (low numbers will be provided on a first come first served basis), and a certificate of authenticity which allows you to purchase the same model number in future releases in The Elder Scrolls V: Skyrim collection. 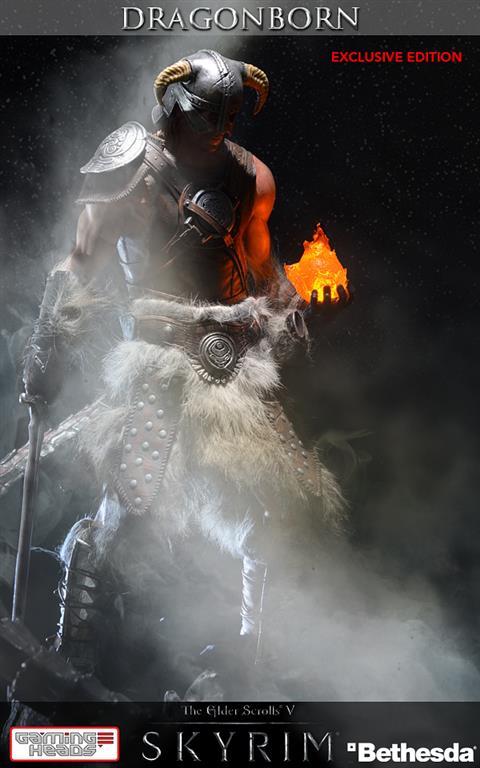 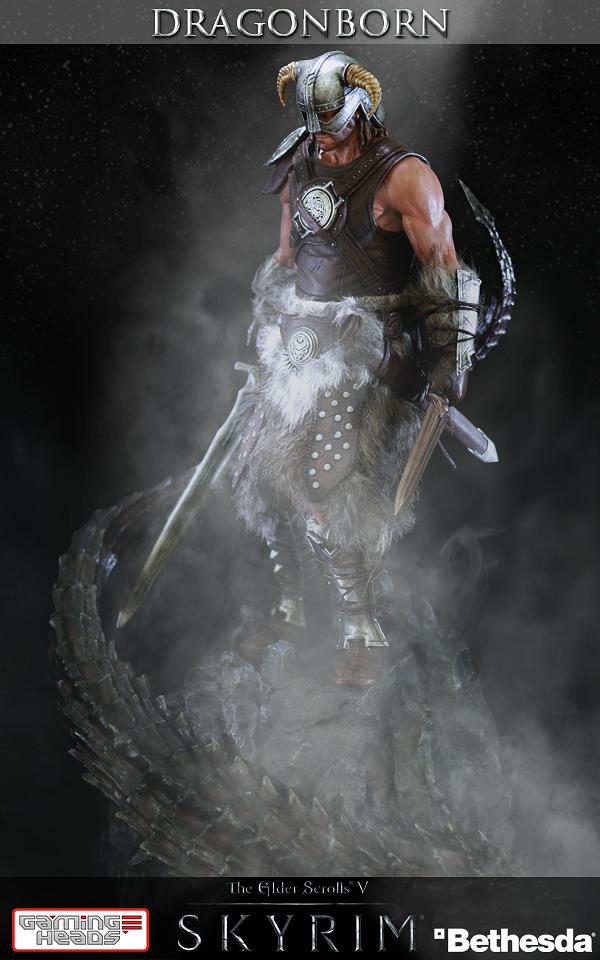 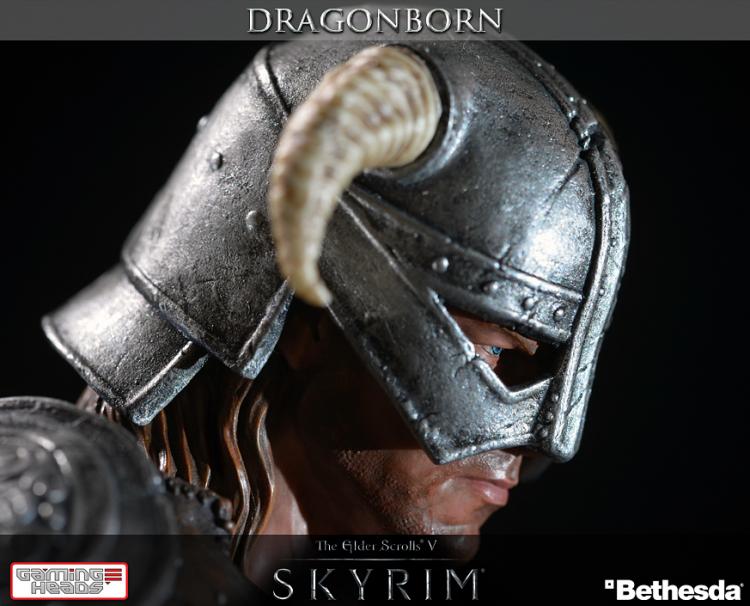 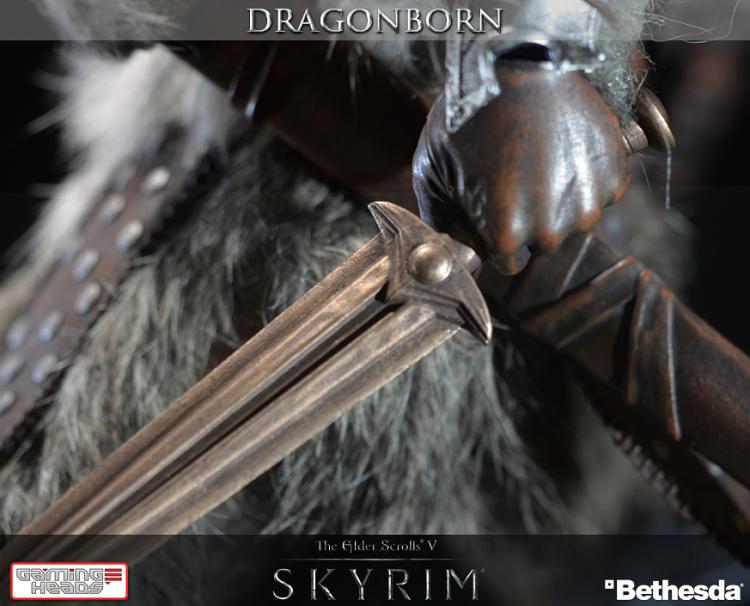 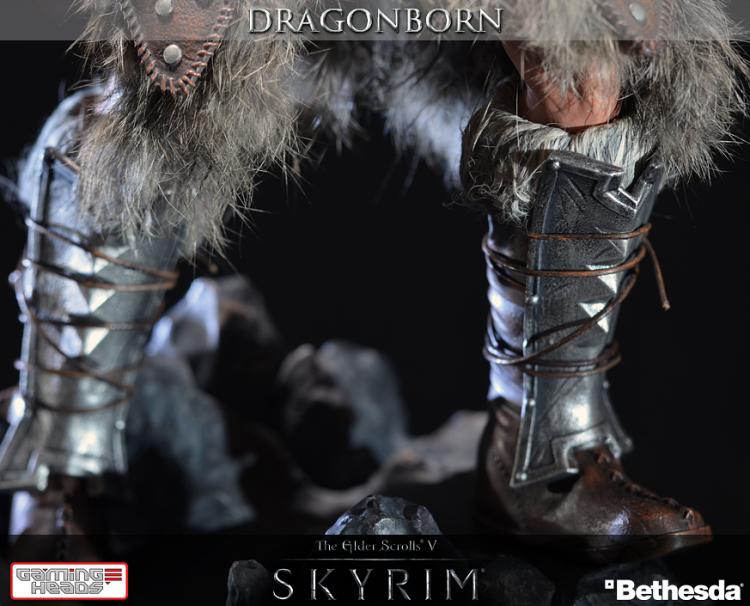 For that sort of money it would be nice if they let out a mini 'Fus Ro Dah' whenever someone walked passed them. If this is something that interests you, head to the Gaming Heads website to check out many more pictures. They do look amazing!

both available for pre-order right now and are expected to ship in Q4 of this year but you will need to pre-order ASAP because of limited quantities.

« More Dishonored DLC to be announced soon. · Now you can adopt your very own Dragonborn from Skyrim · COUGAR Introduces Dual X - A New Line of LED Fans »