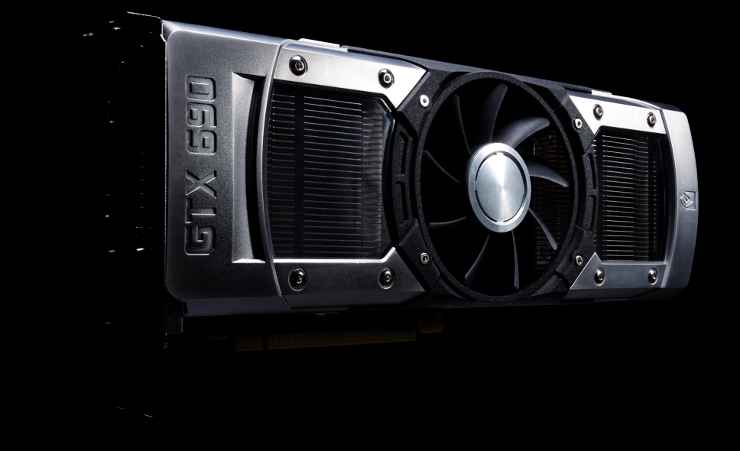 During the NVIDIA Gaming Festival Shanghai 2012 Keynote this morning NVIDIA CEO Jen-Hsun Huang took the time to introduce new technologies incoming from the market leading manufacturer of video cards. The most significant of those for the assembled audience was that of the awaited GTX 690, and Jen-Hsun was good enough to provide some details of the card itself: 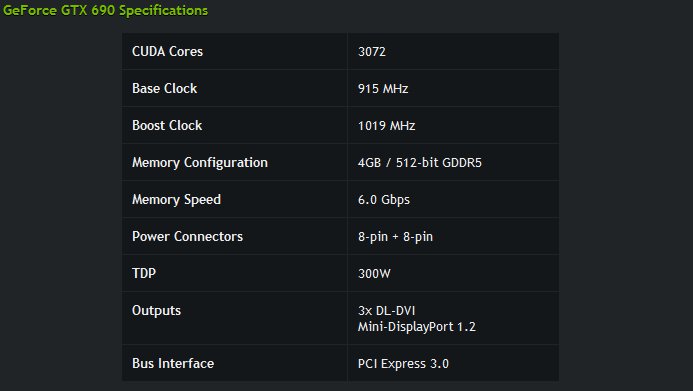 The specs line up to two GK104 cores on one PCB, in a similar fashion to previous dual-GPU cards in the past, which firmly nix's the rumour of the full-fat Kepler (GK112/110) for the time being. It's unsurprising that the cores of the GTX690 will be clocked a touch lower than the 680 at base; it seems likely that keeping under a 300W TDP was be a significant challenge even at 28nm. Even so, the boost clock is set at an impressive 1.019GHz, implying that they feel there's enough leeway in the power draw of the card to justify peak clocks almost as high as a GTX 680. 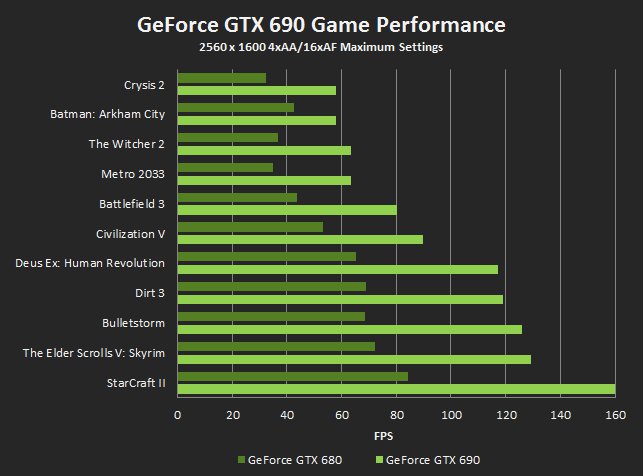 Memory is set at exactly the same speed as the GTX680, though the card will of course have 4GB of RAM to play with rather than 2GB (but still limited to 2GB per core). The performance should be just below that of two GTX680's in SLI (NVIDIA quote an average of 75% faster than a single 680), and at $999 is priced accordingly. For those after absolutely the fastest single card on the market the GTX 690 will be it, unless AMD can get their 7990 out the door (and even then it will likely be nip and tuck).

NVIDIA have an article detailing the capabilities of the GTX 690 and Kepler architecture which is well worth reading. There's no news yet of the street date for their flagship card, but it should be pretty soon.