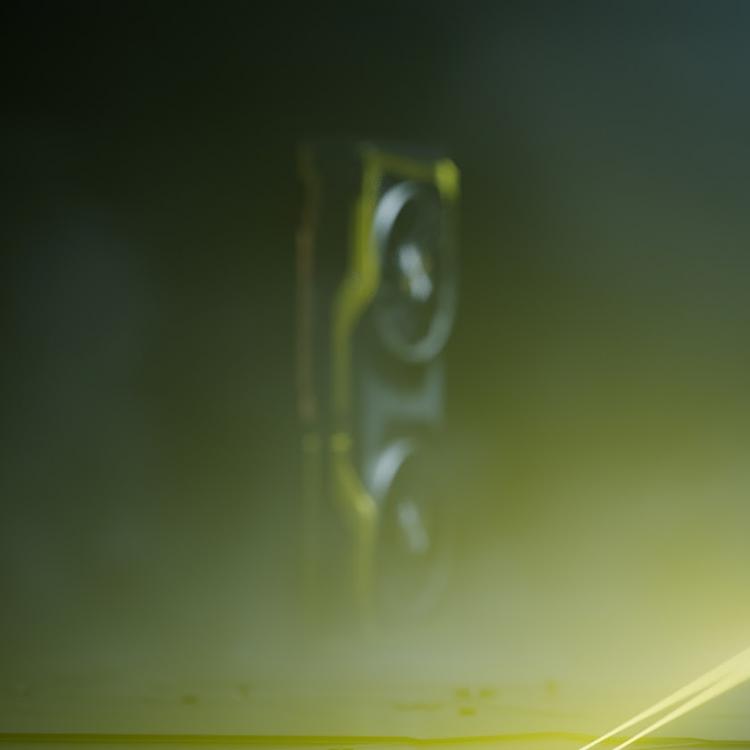 Real fanatics of CD Projekt RED's Cyberpunk 2077 will soon have a new toy to lust after ahead of the game's actual release later this year. The publishers are teaming up with NVIDIA for the design and release of a Limited Edition GeForce RTX GPU themed after the title, complete with striking colour-scheme for the cooler shroud. Or at least that's what a few less than cryptic tweets posted this evening are hinting at. 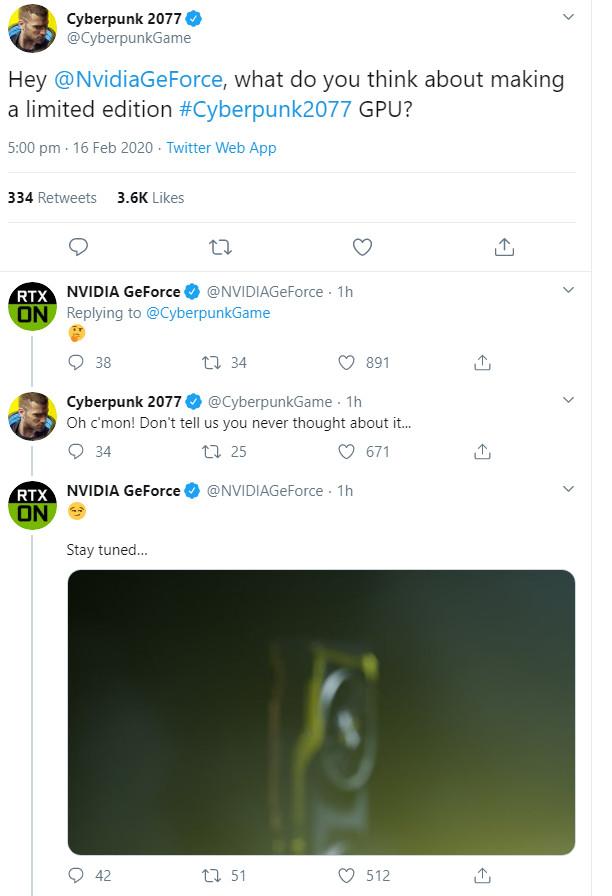 The timing of a full announcement largely depends on the technology under the hood of the upcoming graphics card. If it's an RTX 20-series - perhaps an RTX 2080 Ti - then we will likely see it sooner rather than later, perhaps in the week of the Game Developers Conference in mid-March or even earlier. Alternatively, if the card will be a showcase piece for NVIDIA's next-generation 'Ampere' architecture, we can probably expect to see more during GTC 2020 in late March.

A blurred image is all we have to go by thus far, but the design is clearly a twist on a standard RTX 20-series Founder's Edition cooler with Cyberpunk neon colour highlights. And lest we forget, Cyberpunk 2077 will also be equipped with GeForce RTX technology including real-time ray tracing.

This won't be the first NVIDIA GeForce limited edition GPU based on 3rd party IP. In 2016 they revealed the Collectors Edition NVIDIA TITAN Xp, two subtly different designs based on Star Wars' Galactic Empire and Jedi Order styles. These cards were, as you might have guess, not cheap.