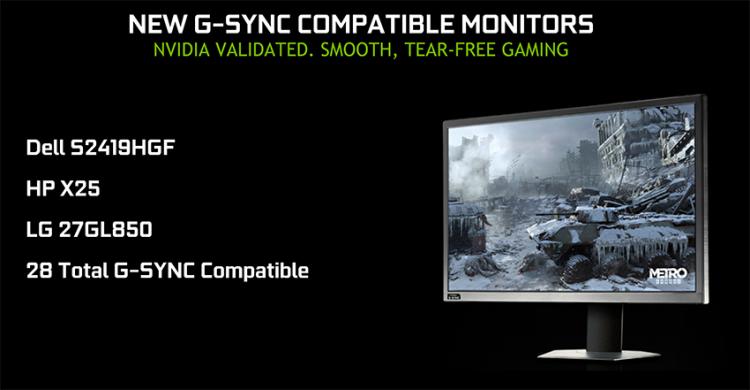 At CES earlier this year NVIDIA announced support for variable refresh rate on monitors other than those equipped with an NVIDIA G-SYNC hardware module. Following validation of 15 monitors for G-SYNC Compatibility Certification, and updating drivers with presets optimised for these models, they would go on to place all retail monitors that support VESA's Displayport Adaptive Sync standard through tests to determine suitability for gaming on NVIDIA hardware. Today it was announced that these tests had concluded, and only 5% passed.

Some of the criteria for G-SYNC Compatible validation were straightforward and openly slanted towards gaming. For instance, the panel needed to support a variable refresh rate ratio of at least 2.4:1, e.g. 60Hz to 144Hz, the sweet-spot for gaming. Only 230 of 503 models tested cleared this hurdle; understandable given that Adaptive Sync as a standard is fairly loose when it comes to defining maxima and minima refresh rates. 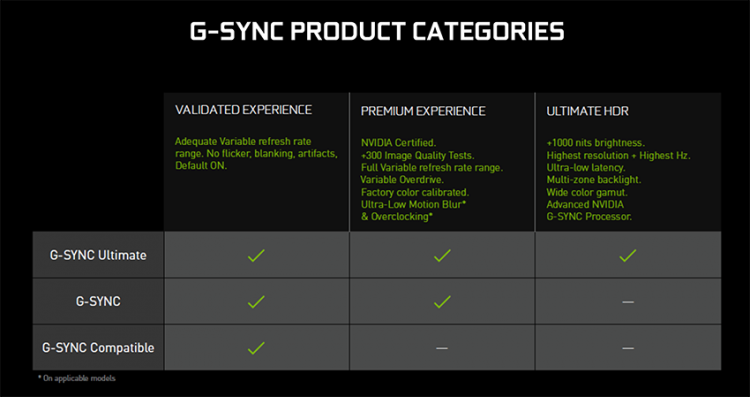 More rigorous tests weeded out 202 panels for failing under lab conditions, often with screen flickering or other image quality failures. Failures such as these would be unacceptable when gaming, and NVIDIA rightly deemed them unworthy of G-SYNC certification. And finally, 33 models couldn't be tested as they were no longer being manufactured.

In total only 28 of 503 Adaptive-Sync models tested passed, approx. 5.6% of the total. In fairness many of this total aren't sold as gaming panels, but with G-SYNC being a crown jewel gaming brand for NVIDIA freebies were never going to be an option.

With the latest GeForce Driver update three monitors will be the last of the Phase One testing batch to be acknowledged with G-SYNC Compatibility certification: Dell's S2419HGF, HP's X25, and the LG 27GL850. Even with this meagre figure, it's still 28 more monitors gamers can now enjoy an great VRR experience on alongside NVIDIA graphics hardware. 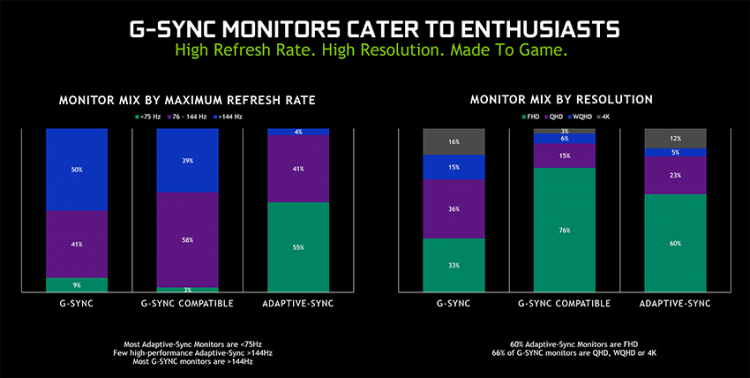 With Phase One complete, NVIDIA's goal now moves to testing new Adaptive Sync monitors as they're released and further developing their premium G-SYNC monitor solution. While more expensive, G-SYNC monitors go through far more detailed validation processes, have variable refresh rates from 1Hz to 144Hz at a minimum, and often make use of more advanced panel technologies such as colour-calibrated IPS. Obviously gamers operating at high refresh rates and deep pockets will no doubt be no so subtly urged by NVIDIA towards these more premium experiences.

A full list of G-SYNC monitors, both with native hardware support and G-SYNC Compatible validation, can be found here.

It's still possible to activate variable refresh rate functionality through the GeForce driver even if your Adaptive Sync monitor is not one of those validated as G-SYNC Compatible. However support is offered 'as-is', and the quality is not at all guaranteed. That said, NVIDIA-powered gamers can still use the new feature to get a taste of VRR gaming, and perhaps push them into an upgrade. 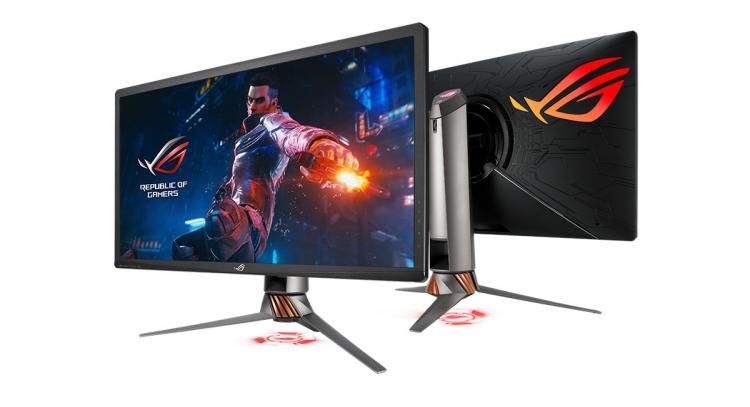