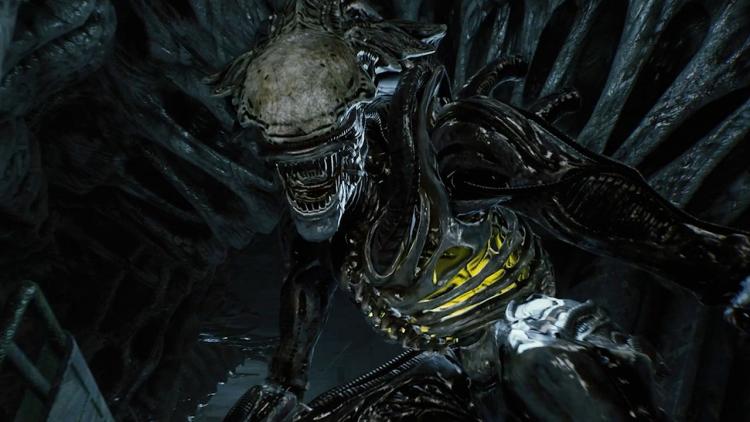 Aliens: Fireteam Elite is one of 24 titles to receive GeForce Experience Optimal Playable Setting profiles in this update

August 2021 is giving way to September and a glut of new PC games all waiting for a brief time in the limelight. But even as the month hits its twilight hours NVIDIA are publishing a new GeForce driver that, rather than tackle any one specific title, uses the breathing room to roll in support for ancillary software and hardware that improves your gaming experience.

The GeForce Game Ready Driver 471.96 is sets the groundwork for six newly certified G-Sync Compatible gaming monitors, each offering buttery-smooth gaming outside of V-Sync windows. Although each were unofficially compatible with NVIDIA's G-Sync support under the VESA Adaptive Sync framework, certification gives them that nifty stamp of approval and potentially some bespoke setting tweaks that can help to improve end-user experiences. At minimum they support refresh rates from 48Hz to 120Hz, and the list includes two huge new OLED panels from Philips and Xiaomi.

The full list of certified monitors can be found here, but be aware that manufacturer naming conventions can disguise an incompatible variant that matches one on the list.

This new driver is also adding GeForce Experience optimisation profiles for 24 more titles, joining a supported list of over one thousand. This one-click process scans your system and recommends in-game settings best tailored to your hardware setup, prioritising the best combination for frame rates without degradation of in-game visual fidelity. It can help to improve your experience without delving deep into the game's options menu, and may make highly impactful suggestions that you wouldn't normally know to consider. The newly optimisable games, many of which released in the last month, are as follows:

You can download the GeForce Game Ready 471.96 WHQL driver from GeForce.com/drivers, where you will be prompted for your OS and GPU, or via the GeForce Experience app. The driver package is available for 64-bit versions of Windows 10 and the current Insider build for Windows 11, compatible with GPUs as far back as the GTX 600-series. Note that this will be one of the last drivers to support hardware the GTX 700-series and older GPUs, each of which are entering legacy support status in the near future.

Game Ready Drivers provide the best possible gaming experience for all major new releases. Prior to a new title launching, our driver team is working up until the last minute to ensure every performance tweak and bug fix is included for the best gameplay on day-1. Additionally, this release also provides support for 6 new G-SYNC Compatible displays.

Changes and Fixed Issues in Version 471.96

[Deathloop][HDR]:TDR/corruption occurs in the game with Windows HDR enabled.
- If this issue occurs, toggle the Windows HDR setting.

[Battlefield V][DirectX 12]: The game may crash with HDR enabled. [3353767]
- To work around, enable HDR from the Windows display settings before launching the game.