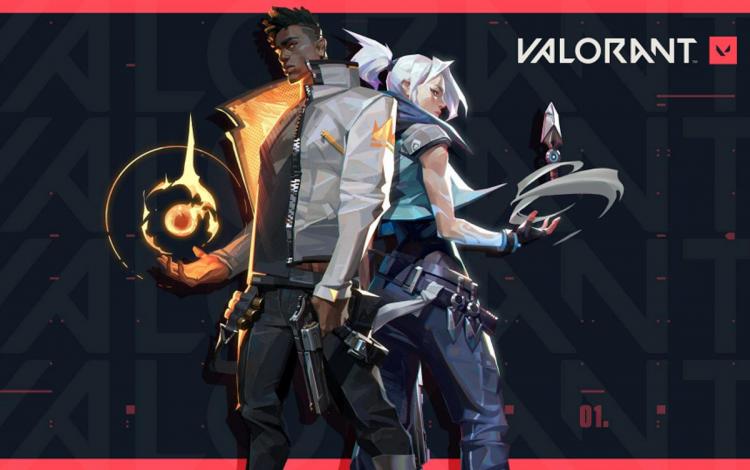 Valorant by Riot Games officially goes public on June 2nd in what's sure to be one of the biggest games launches of the quarter, and NVIDIA will be ready from day one with a GeForce graphics driver. The GeForce Game Ready Driver 446.14 optimises for the new FPS as well as Minecraft Dungeons, Disintegration and Crucible, ensuring that your gameplay is as smooth and uninterrupted as possible.

Riot Games has given Valorant almost two months of public beta testing, teasing out not only gameplay imbalances but also potential engine issues. This in turn will have given NVIDIA ample opportunity to optimise their drivers to push this competitive shooter to the 144Hz (and higher) sweet spot for a title of this type on as wide a range of hardware as possible. Give this driver a try if you're in the Beta and/or plan to jump on board when the game rolls out next week.

Disintegration is a sci-fi FPS with RTS elements, scheduled for release on June 16th. Despite some gorgeous graphics and intriguing gameplay premise it has flown under the radar, but NVIDIA didn't overlooked this 'indie' title. Check out more at the game's Steam Product Page.

Finally, Crucible is the free to play team-based FPS by Relentless Studios and published by Amazon Games. It launched last week amid fierce competition in the genre (not least of which was the aforementioned Valorant Beta), and has yet to prove itself as a compelling alternative from an unproven publisher. Hopefully optimised NVIDIA drivers will mean that the game can do the talking.

In addition to game optimisations the 446.14 driver integrates support for the Windows 10 May 2020, which includes the debut of Microsoft's DirectX12 Ultimate API. Its inclusion is currently more relevant to developers than consumers, but is important recognition of how far ahead of the curve NVIDIA is with this family of rendering features compared to the competition.

The drivers also implements a series of driver-level fixes for a number of vexatious problems specific to certain application interactions and hardware combinations. One in particular that will relieve many users is a fix to Corsair's iCUE software triggering the Geforce Overlay, a high frustrating quirk of some earlier driver revisions. The full list is reproduced below.

As always, you can download the drivers at geforce.com/drivers/ by selection your hardware and OS configuration. Alternatively, the GeForce Experience desktop app can download and apply the correct drivers for your system automatically. NVIDIA's GeForce Game Ready Driver 446.14 is compatible with 64-bit versions of Windows 7 and 10, and hardware as far back as the GTX 600-series (Kepler).

Game Ready for the Valorant

Changes and Fixed Issues in Version 446.14

Fixed Issues in this Release.

As with every released driver, version 446.14 WHQL of the Release 445 driver has open issues and enhancement requests associated with it. This section includes lists of issues that are either not fixed or not implemented in this version. Some problems listed may not have been thoroughly investigated and, in fact, may not be NVIDIA issues. Others may have workaround solutions.

[VR}: HDCP errors occur with Valve Index VR. [2967616]
[Call of Duty: Modern Warfare]: Color banding occurs in the game after enabling Image Sharpening from the NVIDIA Control Panel. [2889337]
[Notebook][H-Clone]: With the integrated graphics processor as the clone source, display settings cannot be changed from the NVIDIA Control Panel. [200594188]
[SLI][Doom Eternal]: Corruption occurs in the game upon opening the Steam overlay.[200593967]
[Call of Duty - Warzone]: Freestyle does not work. (200593020)
[Forza Motorsport 7]: The curb may display a black strip during a race on certain tracks. [2781776]
[Zombie Army: Dead War 4][Ansel/Freestyle]: The Ansel & Freestyle tabs are unselectable. [2810884]
[Tom Clancy's Rainbow Six Siege][Vulkan][G-SYNC]: When playing the game in Vulkan mode with G-SYNC enabled, flickering occurs after switching the game between full-screen and windowed mode.[200578641]