VR-Zone reports the final specifications of the highly-anticipated GTX 590, along with a leaked slide, likely from a partner presentation. 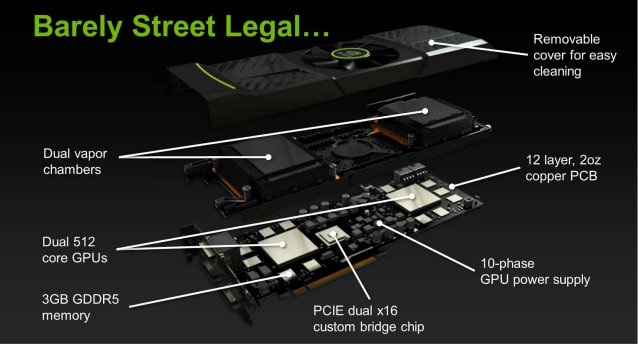 Dual Vapor chambers would seem like a necessary addition to a card with a whopping power consumption, as we can reasonably expect. 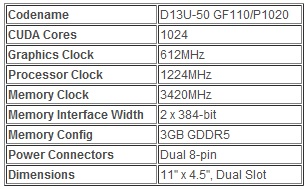 These specifications would appear to indicate the GTX 590 is based on, what is effectively, two GTX 580 cores with the frequencies reduced. This is most likely to limit the power consumption, as the TDP of one GTX 580 alone can be up to 300W.

The GTX 590 is expected on the 22nd March. There has been no indication of pricing or availability, but based on what we've seen so far, it's likely that it will be extremely costly (a good deal more than the HD 6990) and even more limited in availability.