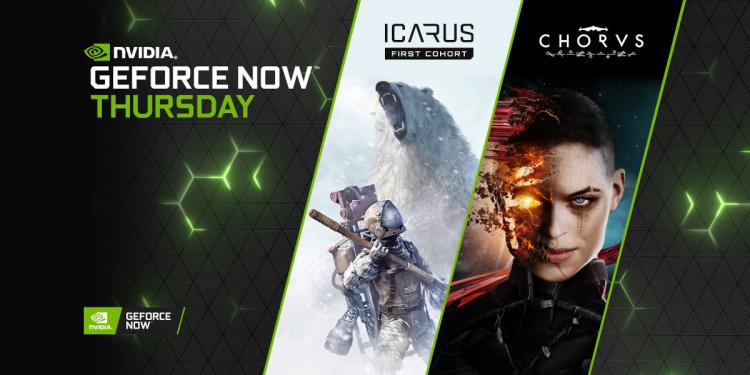 Today marks a watershed moment for NVIDIA's GeForce NOW premium cloud gaming service as their third subscription tier finally activates for European customers. Furthermore, as part of this week's GFN Thursdays news update, 20 titles have been announced as to be added to GeForce NOW this December with optimised settings for the best possible cloud gaming experience.

The RTX 3080 Tier, which was opened for preorders a few months ago, lets subscribers play on remote hardware equipped with a GeForce RTX 3080 GPU, unlocking higher performance and thus better frame rates compared to Priority and Free Tier members. RTX 3080 Tier subscribers will also be able to play for the longest gaming sessions on the platform: eight hours - on top of having the most control over in-game settings. That's quite the juicy carrot to tempt gamers.

It appears that the roll-out is occurring on a phased basis, and pre-order slots for six-month memberships are still open in both Europe and North America. For more information check out the landing page on Nvidia.com.

Free, Priority and RTX 3080 members alike can all take advantage of the 20 titles newly added to GFN in the last week, so long as they own them on the the relevant store front.

Joining the platform this week are:

And coming later in December are:

With GPU pricing high and availability low cloud gaming services are an increasingly viable and relatively affordable option for gaming without shelling out on new high-performance hardware. GFN offers support for hundreds of games through their service, on a variety of PC storefronts, and include a free subscription to try before you buy. It's compatible with a wide range of hardware including low power PCs, Chromebooks, Macs and even some smartphones via the Chrome browser.