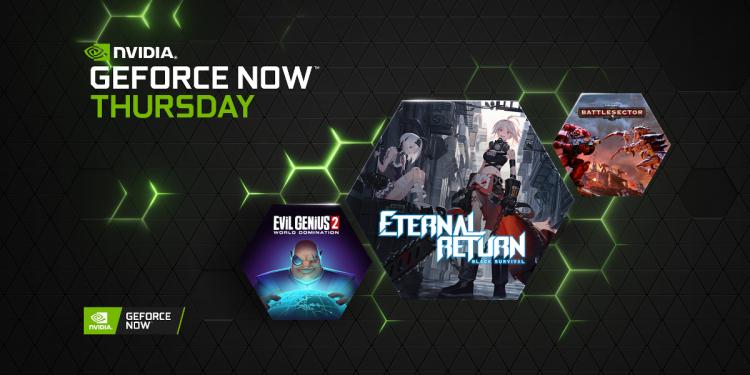 It's a new month and GeForce NOW have yet again unveiled a new selection of games that they're planning to bring to the platform over the coming weeks. NVIDIA's cloud gaming service already boast well over 800 games playable on the platform and July will see the addition of another 36, even while hundreds are on sale on Steam in Valve's Summer Sale. Plus, you wouldn't even need a fully-fledged desktop gaming PC to play them.

By signing up the GeForce NOW you're able to play the majority of games in your Steam and Epic Games Store library on virtually any PC or macOS hardware. Game processing takes place in the cloud on NVIDIA GTX and RTX-powered hardware, meaning that the only heavy lifting the local PC needs to do is sending off controller inputs and decoding the returned video stream. A reliable broadband internet connection is required, naturally, but with recent updates it's even possible to play in-browser through a Chromebook. It can be just the antidote to the woes of today's GPU shortages.

Eleven titles - ten on Steam and one through the Epic Games Store - are being added to the service this week, where they will have been optimised for consistent frame rates and remote play. Included are Eternal Return: Black Survival, a MOBA/Battle Royale hybrid that enters early access this week, and The Spectrum Retreat, a title available for free on the Epic Games Store.

A further 25 games have been confirmed for GFN before the end of July, with more possible depending on release schedules and platform validation. Evil Genius 2: World Domination and Warhammer 40,000: Battlesector are two of the big name franchises, but smaller indies are not left out.

Remember, you'll need to already own the game on Steam or the Epic Games Store (or Ubisoft Connect where relevant) to play it on GeForce NOW. Thankfully Valve has your back through the Steam Summer Sale, with big savings on popular modern and classic titles.

Hundreds of PC games are supported on GeForce NOW, playable with either a Free (limited to 1hr play sessions) or Priority subscription. Priority accounts can also enable RTX features such as ray tracing on applicable games. More information on the service is available at https://www.nvidia.com/en-gb/geforce-now/.