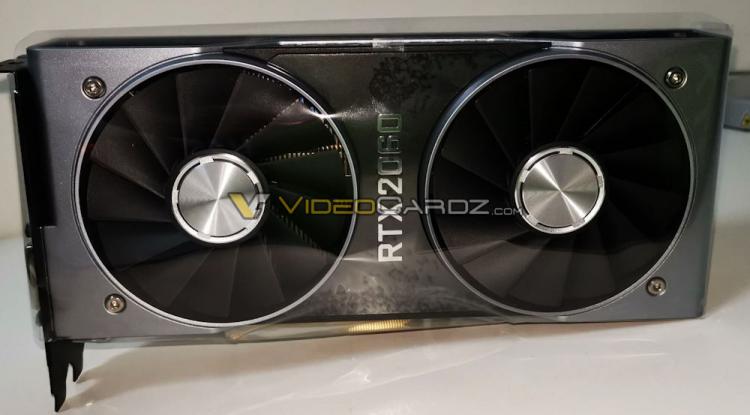 In the culmination of a series of leaks published over the last few weeks, Videocardz.com appear to have gained access to NVIDIA's GeForce RTX 2060 and its reviewers guide ahead of time, and are fit to bursting to spill the beans on price, performance and availability.

There may be as many as six major variants of the GeForce RTX 2060, in addition to countless partner SKUs with different OC modes and cooling solutions, but Videocardz have definitively confirmed one: the GeForce RTX 2060 Founder's Edition. Modelled after the RTX 2070 FE complete with twin axial fan cooler, a single 8-pin PCIe power connector speaks to its modest power requirements. And just as we know the RTX 2070 FE's specs, so we now know details of the RTX 2060:

Needless to say, this information is for the RTX 2060 Founder's Edition 6GB GDDR6 variant, and may not apply to partner and 3/4GB GDDR5/6 models as and when they come to market.

NVIDIA's Reviewers Guide indicates that the RTX 2060 should roughly match the GTX 1070 Ti in traditional rasterised rendering performance, while also supporting RTX technologies such as Real-Time raytracing which the GTX 1070 Ti does not. These ballpark performance figures agree with Videocardz preliminary assessment, where the card oscillates between GTX 1070 and GTX 1080 perf. on a system powered by an Intel Core i9-7900X with 16GB of system RAM.

The cards are set to launch on January 7th at CES 2019, and be available at retailers on January 15th. Simularity with the RTX 2070 board layout and cooling makes it likely that partner variants with their own cooling solutions will also be available at that time.

Check out Videocardz.com for an excellent breakdown of preliminary performance numbers to whet your appetite for next week.