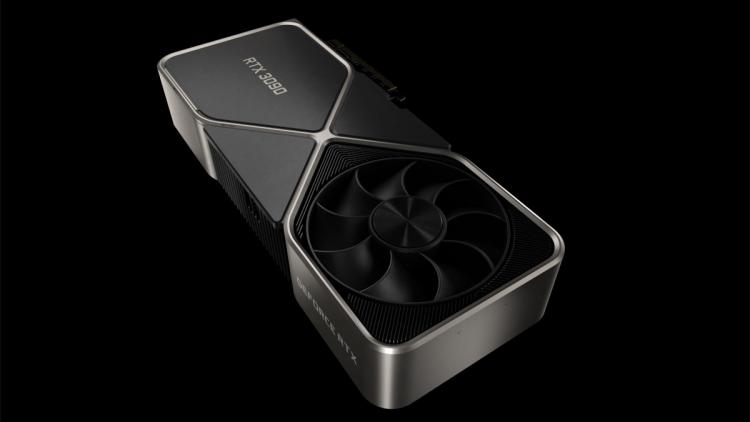 Is NVIDIA's RTX 30-series about to become all-but obsolete?

It's no surprise that in the run-up to Computex 2022 the rumour-mill is swirling, and the finest product of that mill this week has been titbits regarding NVIDIA's upcoming GeForce RTX 40-series. Once again under pressure from AMD at the performance end of the market, NVIDIA's release cadence may once again come to the rescue if new claims are to be believed.

Arriving from long-time rumourmonger @kopite7kimi is word of the RTX 40-series launch flagship, the GeForce RTX 4090. Utilising an AD102-300 core and the latest microarchitecture (named for mathematician and computing trailblazer Ada Lovelace), it's being paired with 24GB of GDDR6X memory running at 21Gbps and rated for as much as 450W.

The AD102-300 core will have 16128 CUDA cores, and kopite7kimi has indicated that this isn't even the GPU's final and most impressive form. With 16128 active cores only 126 of 144 SMs are enabled, leaving potential for a variant with 18432 active. To put that in context, that RTX 3090 has 'only' 10496 active CUDA cores. Such a model might be for the compute market, a Titan equivalent, or held in reserve for an eventual 4090Ti release; whatever the reasoning you can probably gather why rumours persist of a 40-series card topping out at over 600W TDP.

But the mouth-watering aspect of the alleged leak is the arrival date: mid-July. So far as we're aware AMD's RDNA3 architecture won't be ready for another couple of quarters at the earliest, leaving plenty of space for NVIDIA to re-capture mind-share. Even if actual availability isn't till the Autumn, concrete information on the 40-series (and its performance expectations) will send ripples through the industry.

Bear in mind however that this remains rumour and nothing is confirmed. Furthermore, entirely absent is commentary on price, which is likely to be exceptionally high (potentially once again re-aligning NVIDIA's price segmentation).