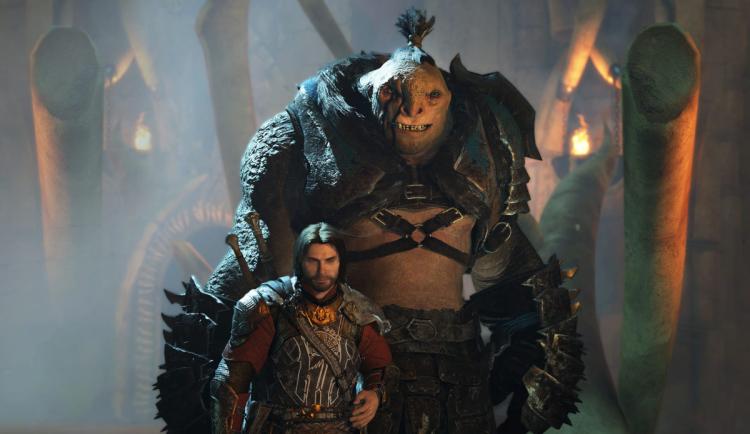 Middle-Earth: Shadow of War, the hotly-anticipated sequel to 2015's Shadow of Mordor, hits both digital and retail shelves tomorrow, and as is tradition NVIDIA are preparing systems outfitted with their GPUs ahead of time. Launching today is the GeForce Game Ready 387.92 WHQL driver package for GPUs from the 400-series all the way through to today's 10-series, providing what should be the best possible launch experience for Warner Bro's latest title.

Perhaps the most eyebrow-raising feature of the GeForce 387.92 drivers is the inclusion of NVIDIA Ansel support for Shadows of War. The game's predecessor was noteworthy for many aspects of its design, not least of which were some very pretty visuals, and so no small number of players will be pleased to see NVIDIA's 'Super-Screenshotting' tool integrated from the get-go.

NVIDIA Ansel is now supported by over two-dozen titles, from triple-A RPG behemoths such as The Witcher 3: Wild Hunt to Tekken 7 of all things. Furthermore integration into Unity and Unreal Engine 4 game engines, as well as a plan to implement it in Amazon's Lumberyard, will mean that ever more of your future favourites will get the feature from day-one.

Every month, NVIDIA's 'Shot With GeForce' competition gives community members the chance to win graphics hardware for submitting the best Ansel screenshot. This month, to celebrate the release of Shadows of Mordor, NVIDIA have added a copy of the game to the prize. 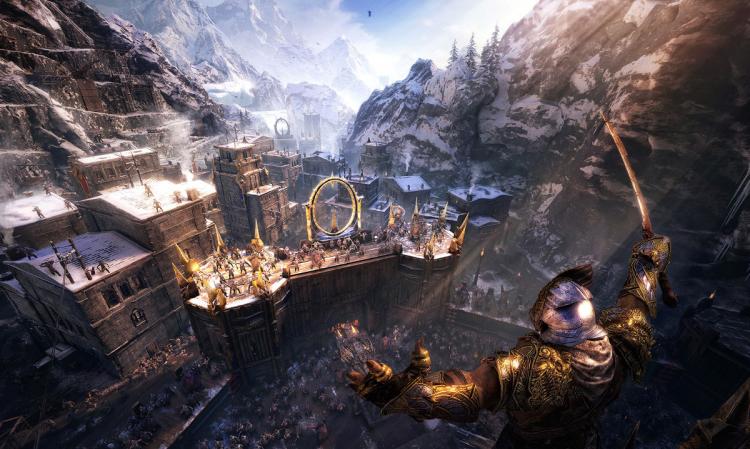 Game Ready drivers don't normally limit improvements to just one single title, and such is the case this time around. Following hot competition in Forza 7 Benchmarks, NVIDIA are releasing a series of improvements which should see frame rates increases by up to 25% (depending on system configuration). It'll be interesting to see if these improvements focus on average frame rates, or also benefit the important 99th percentile frame rates that saw such unexpected disparities late last month.

This DirectX 12 benchmark might prove to be a litmus test as more of the industry transitions to low-level APIs, so it makes a whole lot of sense for NVIDIA to spend more time than you might expect tweaking performance.

Arktika.1 - VR Gets Some Love

NVIDIA have also been an early driving force in premium PC VR, and the sensitive nature of consumer experiences when it comes to performance in these game titles is absolutely critical to the platform's likelihood of long-term success. Maintaining 90fps minimum frame rates and a low latency is absolutely mandatory, and requires a lot of optimisation work at both game engine and driver levels.

Enthusiasts will therefore be happy to see that Arktika.1 is getting the game day driver treatment ahead of tomorrow's release. Developed by the studio behind the Metro series, it promises to be a brand new spin on the post-apocalyptic genre.

Provides the optimal gaming experience for Middle-earth: Shadow of War, The Evil Within 2, and Forza Motorsport 7.

Fast Sync under SLI is available only on the following 'bridged' SLI configurations:

[1]. Product is based on a published Khronos specific ation and is expected to pass the Khronos Conformance Process when available. Current conformance status can be found at http://www.khronos.org/conformance.

 This optimization will cause more events that trigger an out-of-date swapchain, such as when entering or leaving full-screen mode (typically by pressing Alt+tab). Applications that do not properly respond to the VK_ERROR_OUT_OF_DATE_KHR
return code may not function properly when these events occur. See the WSI Swapchain section of the Vulkan specification.

 Includes full support for DirectX 12 Shader Model 6.0, features such as Wavemath, and the DirectX Shader Compiler.

 Supported only on NVIDIA Kepler and later GPUs.

[NVIDIA Control Panel]: Custom resolutions are not preserved after updating the driver. [1996941] Win10

[NVIDIA Control Panel][ASUS 4k display]: "Use NVIDIA Color Setting is not preserved after updating or rolling back the driver. [200348193]

Lines flash across the screen momentarily while booting into Windows. [200339233]

There are currently 498 user(s) online:
Google