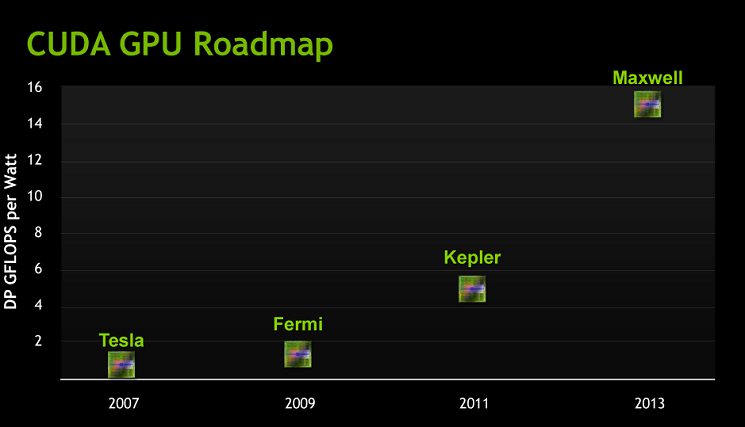 We may see the first Kepler GPUs from NVIDIA next month after CeBIT 2012, somewhen between 11-31st March. The cards will be based on the GK104 GPU and the top part will be titled as the GTX 670 Ti, this could be an indication that it will perform well against current offerings from the AMD HD 7000 series. Expectations of performance currently place it between the Radeon HD 7950 and HD 7970 and has been described as "better than GeForce GTX 580 and Radeon HD 7950".

The Kepler architecture is completely new and is significantly different to what we have seen from NVIDIA previously. Some have described the specifications as 'looking similar' to what we have come to expect from AMD graphics cards. The GTX 670 Ti is rumoured to have 1536 shaders, 128 TMU, 32 ROP and 2 GB GDDR5 memory over a 256-bit bus with a core speed possibly reaching upto 950MHz.

The March release is earlier than the previously expected period of April so if this is true then it would appear that NVIDIA are pushing for a market presence, however, there are rumours of yield issues hampering their stock, a very 'FERMI' like tale. The flagship Kepler parts are not expected till later this year, possibly Q3 2012.

There are currently 677 user(s) online:
Google