NVIDIA GPU On Board The Microsoft Surface Book Uncovered 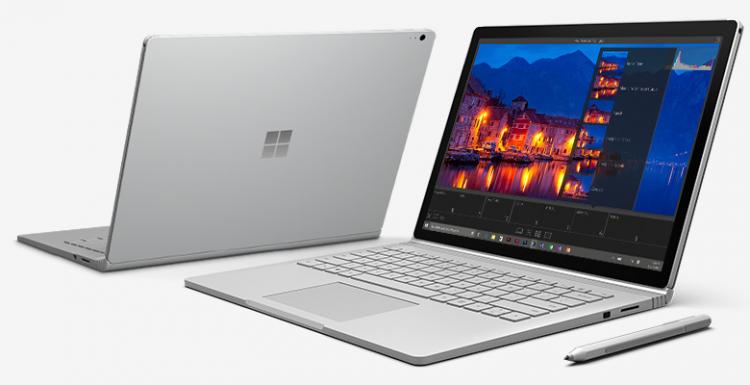 Billed as 'the Ultimate Laptop', Microsoft's Surface Book is perhaps their most innovative hardware design to date, which is all the more significant given how 'by-the-book' laptop design has become in recent years. Fusing the potential of a laptop with Intel Skylake CPU and discrete NVIDIA GPU (dGPU) to a highly portable tablet design, it leverages both the power of this hardware and the modularity inherent in PC design.

At launch both Microsoft and NVIDIA were closed-mouthed regarding the exact specifications of the on-board discrete GPU; the only fact relayed was that it made use of NVIDIA's Maxwell architecture. Said GPU is optionally available in all configurations of the book, so it seemed like a quite significant oversight at the time. Two weeks on and selected review sites now have their hands on the Surface Book, and used tools such as TechPowerUp's CPU-Z to uncover this apparently secret titbit. 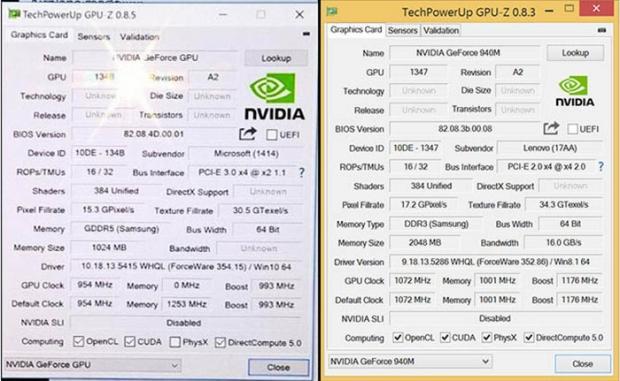 As it turns out there may be a reason why MS and NVIDIA weren't all that up front about the GPU, and that's because it appears to be a semi-custom design without an NVIDIA designation. Apparently similar to the GTX 940M due to both the number of CUDA cores (384 in each) and GPU code (134B vs 1347), the overall configurations nonetheless have two key differences.

Typical GTX 940M systems are equipped with 2GB DDR3 dedicated video RAM; the Surface Book's dGPU instead makes use of one gigabyte of faster GDDR5 VRAM. On the flip side however is a GPU which is clocked lower, although default clocks for mobile GPUs can tend to vary wildly based on vendor preference.

The Surface Book locates the dGPU in the base of the system, which also houses the keyboard, I/O and robust hinge. When detached the screen module acts like a tablet, with graphics powered by the onboard Intel Core i5 or i7 Skylake CPU.

You can find more information on the Surface Book at http://www.microsoft.com/surface/en-us/devices/surface-book. Starting at $1499, the Surface Book is equipped with Intel Core i5 or i7 GPU, a 128GB - 1TB SSD, 8-16GB RAM and optional NVIDIA dGPU.