A photograph of NVIDIA's next flagship GPU - the GTX 1080 - have surfaced:

The card appears to have a similar design philosophy as the GTX Titan/780/980 Series coolers with a few aesthetic nuances. First of which is the silver frame; which has triangular contortions & direct lines running throughout. Like the Titan cooler before it there also appears to be a piece of plastic with a convex line running centrally that covers the heatsink. Unfortunately we are unable to see any of the heatsink fins due to a light reflection. As before the cooler also features a black shade design circulating the fan situated to the rear of the card.

Unfortunately as with all enigmatic suspect leaks, we are unable to ascertain if these are legit, a modification or fan made.

Judging by the by the folder the card is placed on, if this of A4 size then graphics card could measure around 30cm in length. It is worth noting that the placement for the screws on this cooler do not marry up with the current NVVTM cooler meaning if this card was a modification, it simply would not fit this generation of GPU's. 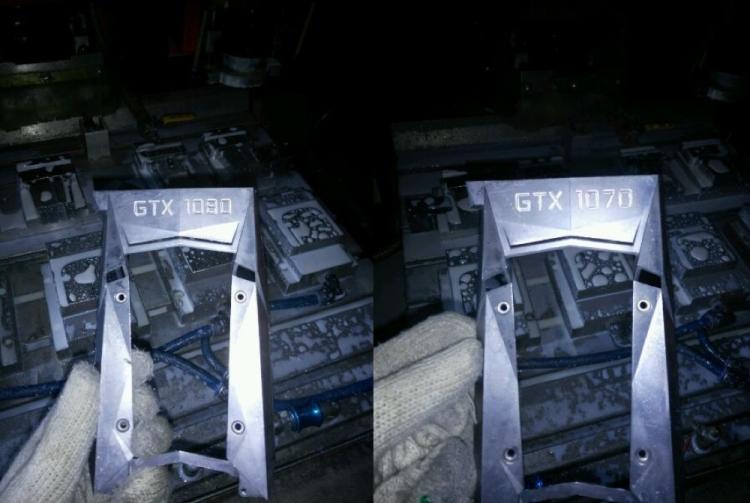 - Source: wccftech
The naming convention is something that is still yet to be confirmed by NVIDIA.

The GTX 1070 & 1080 Pascal architecture GPU's are expected to make their debut at Computex this May.

With alleged specifications flying around the web & now photographs, Pascal may just be NVIDIA's most anticipated product this year.