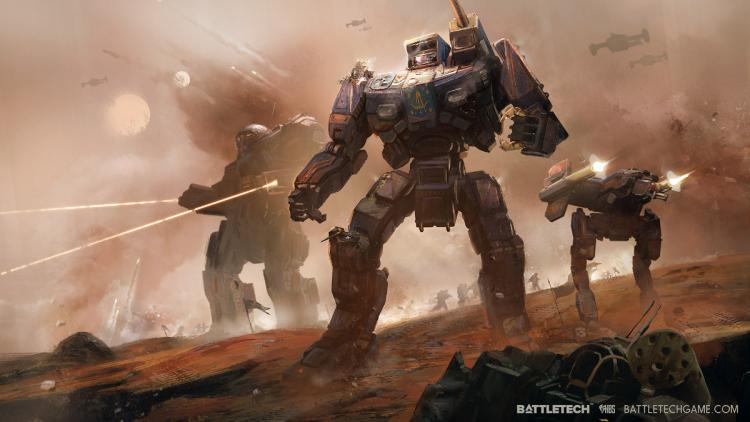 The pace of GPU driver updates has certainly slowed this month, not least due to a dearth of major new PC games, but NVIDIA couldn't quite make it out of April without a major GeForce driver release. A Game Ready update was issued today - specifically version 397.31 WHQL - addressing two upcoming games and the introduction of one core API revision: Vulkan 1.1.

BattleTech (a turn-based strategy game successfully funded on Kickstarter in 2015) and FrostPunk (an indie city-building title) both release this week, and the Game Ready 397.31 WHQL are intended to provide the best possible stability and performance from launch. That's great, especially if there were any pressing issues in those games not rectified in prior updates. But that's not really the meat of the new driver release.

For the first time NVIDIA have updated their driver stack to support Vulkan 1.1. The Khronos Group - Vulkan's steering committee that decides how the API progresses - finalised the v1.1 specification at the beginning of March, introducing Subgroup Operations to better organise parallel processes through the API and integrating features made available through extensions to the v1.0 specification. Support among consumer drivers means that developers can be more confident implementing the changes, changes designed to improve performance and reduce development time.

Furthermore, NVIDIA have also baked support for RTX Raytracing Technology into this release. Currently only available to GPUs using the Volta architecture (i.e. the NVIDIA Titan V), it heralds the first step in bringing the technology to consumers as well as allowing developers to more easily exploit the feature on an experimental basis. RTX will, no doubt, become a more significant feature once consumer GPUs capable of leveraging it are more widely available.

There are more minor features added in this driver update, and as usual we have reproduced a summary of the release notes below. You can download the drivers for 64-bit versions of Windows 7 and 10 at www.geforce.com/drivers or via the GeForce Experience app, and they are compatible with NVIDIA Kepler-based GPUs (600-series forward).

* Note that this is the first Game Ready release to explicitly not support 32-bit operating systems and NVIDIA Fermi (400-series and 500-series) GPUs.

Provides the optimal gaming experience for BattleTech and FrostPunk.

Added a new API that lets the client reconfigure the decoder resolution and other post processing parameters (such as the display resolution, cropping rectangle, and aspect ratio of the decoded frame) without having to destroy and recreate the decoder instance. This API is useful in scenarios where the decoder instance initialization time takes up a significant portion of the overall decode execution time; for example, in back-to-back decoding of multiple short clips of different resolutions. The new API will be included in Video Codec SDK 8.2, which is expected to release in late Q2 2018.

Beginning with Release 396, NVIDIA is no longer releasing Game Ready drivers for 32-bit operating systems for any GPU architecture.

Beginning with Release 396, the NVIDIA Game Ready driver no longer supports NVIDIA GPUs based on the Fermi architecture.

NvfbcPluginWindow temporarily prevents Windows from shutting down after launching a Steam game. [2068833]

[NVIDIA Control Panel][SLI][Diablo III]: With V-Sync on and SLI enabled, the game freezes after switching windows (ALT+TAB) a few times. [1951584]