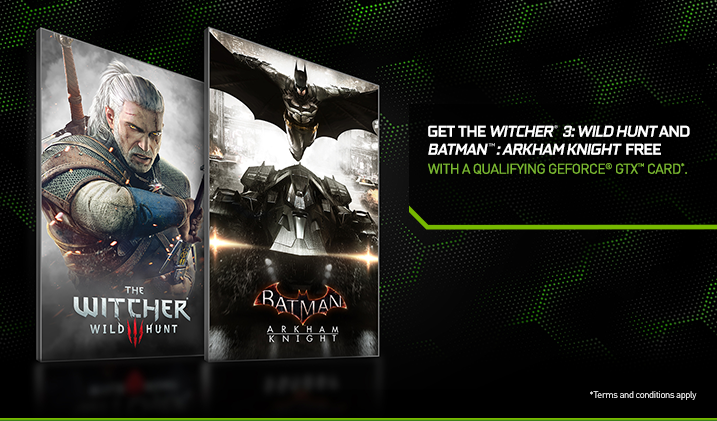 NVIDIA are once again leveraging close ties to developers and publishers to bring just a smidgen more value to those who choose GeForce graphics. Today they're announcing the "Two Times The Adventure" deal, bringing together two of the most anticipated games of 2015 into one great bundle exclusively for NVIDIA GeForce GPUs. 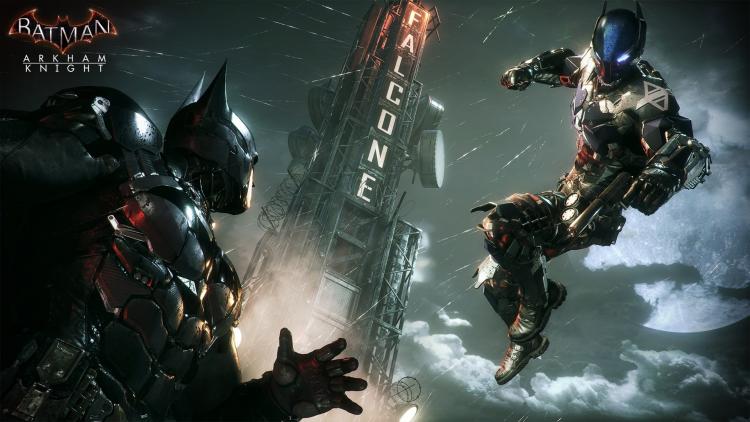 The Undeniably Epic bundle was announced last March, which granted a copy of CD Projekt RED's upcoming The Witcher 3: Wild Hunt to those who picked up any NVIDIA Maxwell-class GPU. By contrast the new bundle is limited to the performance members of the GeForce GTX lineup, specifically the GTX 970 and 980; however the original Witcher 3 offer still applies to new purchases of GTX 960, 970M and 980M GPUs.

As a whole this new awesome bundle presents up to £120 of value added to the purchase of a GTX 970 or 980, two cards which are already great bang-for-your-buck. If you were planning on picking up both (or indeed either) titles and a new GPU this spring the green team just became a lot more tempting.

The Witcher 3: Wild Hunt launches on May 19th while Batman: Arkham Knight will be available on June 23rd 2015. Redemption will likely require a valid GOG.com and/or Steam account. Only valid at selected retailers. For more information and code redemption visit the Two Times The Adventure bundle page.

« In Anticipation of AMD "Godavari" APUs, MSI Launch A Bevy Of FM2+ Motherboards · NVIDIA Invites You To Be The Batman With A New Game Bundle · Wolfenstein: The Old Blood Launches with a New Trailer »