Prepare your favourite seasoning as rumours are rife and kicking. Last week, LenzFire published some charts allegedly detailing the entire Kepler series, (be that the 600 or 700 series?). This chart was later updated and has now started to hit various news sites. Another 'leak', which surfaced around the same date as LenzFire came from ChipHell which show vastly different specifications. 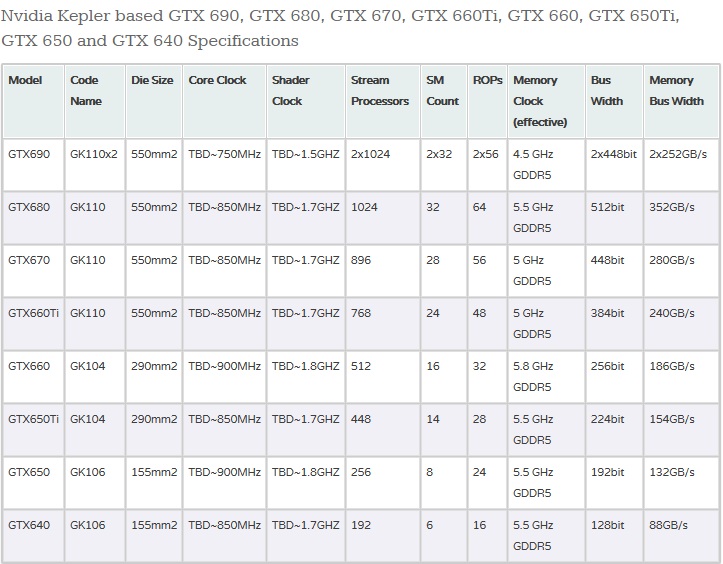 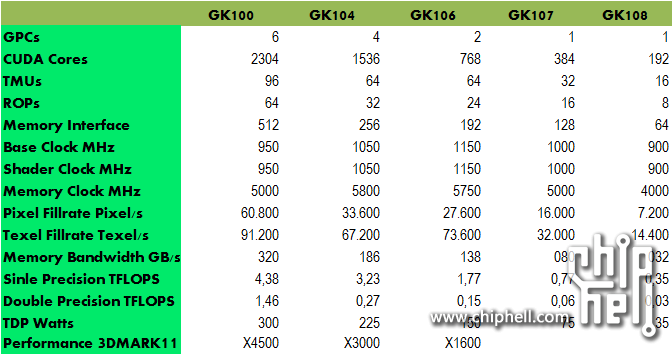 I will lift my flame shield now for fear of fire and salt making their way into my sensitive eyes. To help clear things up, or stir them even more, OBR-Hardware have denounced the specifications released by LenzFire stating them to be 'B******T' as well as discrediting the writings of Semi-Accurate's Charlie Demerjian on the topic of NVIDIA's Kepler architecture and finalising with this statement.

The performance is still true what I said long ago, an absolute 7970 killer ...

All these proceedings took place after NVIDIA had an interview with NordicHardware where the spokesperson stated:

"Honestly, we expected more from our competitors new architecture."

Apparently there are correct specifications leaked and out in the wild, noone will confirm nor deny them. However, OBR-Hardware stated that the ChipHell 'leak' is 'close' to the truth. My personal advice would be to not read this article and proceed to bash your head with the keyboard as this is likely the result of NVIDIA disinformation agents circulating heresay and rumour to aid hype of their coming GCN crushing GPUs... Kudos