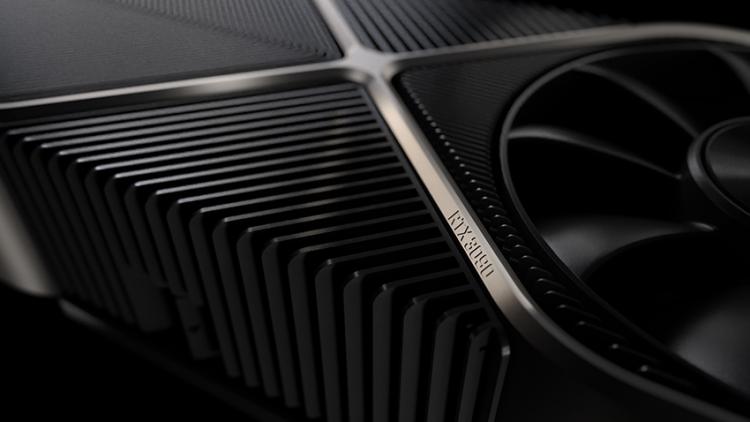 NVIDIA might not be content with their lead at the top of the GPU performance mountain as it sounds like they have something special planned for the end of 2021. Reported by @Greymon55 on Twitter via Videocardz.com comes news that the GeForce RTX 3090, jewel in the 2nd Generation RTX crown, might soon be supplanted by a SUPER variant that squeezes a little more out of the not-so-humble GA102 GPU. And with such blockbuster specs will no doubt come a wallet-busting price.

The rumoured GeForce RTX 3090 SUPER boasts a full-fat GA102 GPU die with all 10752 CUDA cores active, compared to 'just' 10496 on the vanilla RTX 3090. VRAM profile is likely to be similar however, with 24GB of GDDR6X memory perhaps clocked a little higher than the 19Gbps of the RTX 3090. Most awe-inspiring of all however is the expected TDP - 50W higher at a whopping 400W. 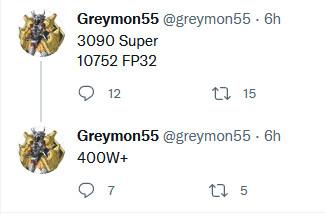 This isn't the first time an SKU higher than the RTX 3090 has been rumoured. In May Tomshardware reported that references to an RTX 3090 Ti had been found in ZOTAC's Firestorm software, and of course an Ampere Titan GPU has been discussed since the RTX 30-series' launch last year. Neither have made it to consumers thus far.

The professional Quadro A6000 and A40 are both equipped with the full-fat GA102 but neither boasts GDDR6X memory, instead shifting gears for a larger 48GB frame buffer using lower bandwidth GDDR6 memory. An RTX 3090 SUPER as outlined above would therefore be a specification that doesn't intrude on this higher class of GPU, while a semi-professional Ampere Titan with 400W TDP might be a pill too hard to swallow for its intended market.

If a GeForce RTX 3090 SUPER is released we can likely expect it to be timed to trump any announcements from AMD or Intel going in to Q1 2022; but a release will be in small quantities and with such a high MSRP that it will make little impact on the beleaguered consumer GPU market. And as always, rumours such as this should be taken with a liberal grain of salt until corroborated.