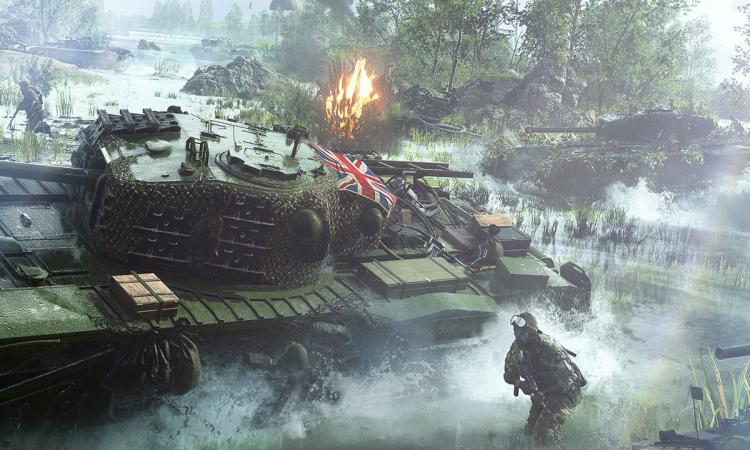 November is here, the nights are beginning to draw in, and plenty of new games are set to debut between now and American Thanksgiving. One of the biggest is EA's Battlefield V, and as a flagship Triple-A title it's no surprise that NVIDIA are pushing a set of optimised drivers early.

The GeForce Game Ready 416.81 WHQL drivers are the the first to be released specifically for Battlefield 5, a game which officially launches through EA's Origin Access Premier on Friday 9th but has apparently gone live a little early. The drivers therefore have some none too soon.

However that's note the sole extent of this release. As you might expect, a generous handful of bug-fixes are also implemented in the 416.81 driver. Perhaps the most pressing was a issue with Turing GPUs drawing too much power in multi-monitor configurations, but a series of game stability improvements are also more than welcome. GeForce RTX 2080 Ti owners will also be pleased to note that blue-screen/CTD errors involving a mixed config of G-SYNC and non-G-SYNC monitors has also been fixed.

As usual, the latest drivers are available at Geforce.com/drivers. The drivers are compatible with only 64-bit versions of Windows 7 and 10, and support GPUs from the Kepler (600-series) forward.

Changes and Fixed Issues in Version 416.81

The following sections list the important changes and the most common issues resolved in this version. This list is only a subset of the total number of changes made in this
driver version. The NVIDIA bug number is provided for reference.

[GeForce GTX 970]: When audio playback is paused, audio receiver switches from multi-channel to stereo. Increased period from 5 seconds to 10 seconds. [2327715]

[SLI][NVIDIA TITAN X][NVENC]: Recording and streaming of NVENC applications do not work. [2421622]

[Monster Hunter World]: Corruption is seen when Volume Rendering is off. [2400914]

As with every released driver, version 416.81 WHQL of the Release 415 driver has open issues and enhancement requests associated with it. This section includes lists of issues
that are either not fixed or not implemented in this version. Some problems listed may not have been thoroughly investigated and, in fact, may not be NVIDIA issues. Others may have workaround solutions.