NVIDIA recently announced that their coming Kal-El system on chip AKA Tegra 3, is not actually a quad core but is actually a quintuple. (or pentacore if you prefer). NVIDIA has added in a patented 'companion core' which is a Cortex ARM A9 that runs at a maximum 500MHz that takes over the system when the high performance A9 cores aren't needed. Activation of the 4 performance cores happens gradually, with each core activating one at a time as more performance is needed. when the performance cores are in use, the companion core shuts down. NVIDIA states that there would be little to no noticable lag in transition from each core, <2ns. The term used by NVIDIA to describe this technology is vSMP or Variable Symmetric Multiprocessing. 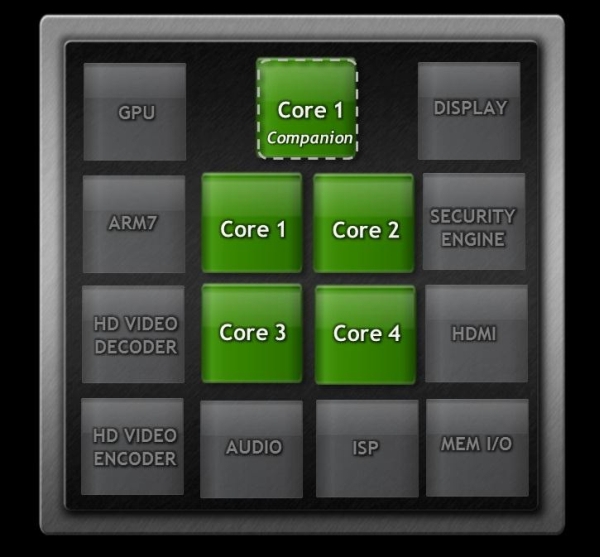 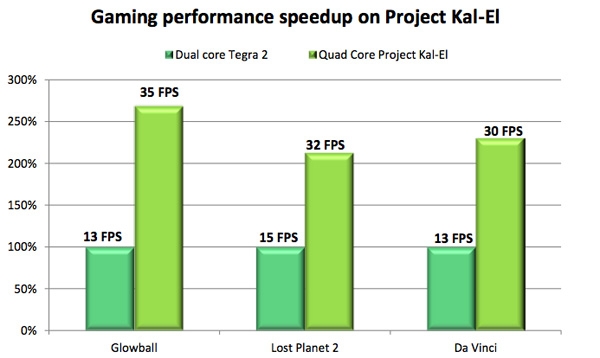 NVIDIA, with ARM technology, are soaring in the mobile sector and with little tricks like this show off their innovation that allows them to remain in the foreground of graphics technology.

The first device to utilise Kal-El is said to be the ASUS Transformer 2, which is now known as the TF02.
It is about now that portable computing is getting exciting and real.