NVIDIA are Game Ready this week for their second GeForce driver update of February 2020. The GeForce Game Ready 442.50 WHQL driver implements support for Tom Clancys The Division 2's Warlords of New York expansion, ARK's Genesis Part 1 expansion and Apex Legends Season 4, bringing optimisations for the best Day 1 and ongoing experience in terms of stability and frame rate. It is available through the GeForce Experience App or can be downloaded directly from geforce.com/drivers by selecting your GPU, OS and preferred installation package.

Alongside the noted optimisations available in this driver is G-SYNC Compatible recognition for three more monitors: AOC's AGON AG271FZ2 and AG271F1G2, and the ASUS PG43U. Only one of these models - the AGON AG271FZ2 - is currently explicitly listed for sale at retailers; the others may refer to different model variants such as the ASUS PG43UQ. If you're planning a purchase based on G-SYNC Compatible certification then either check with the retailer or buy from one with no-quibble return/replacement policy. Unfortunately the idiosyncratic nature of monitor naming schemes is often counter-productive in this way. 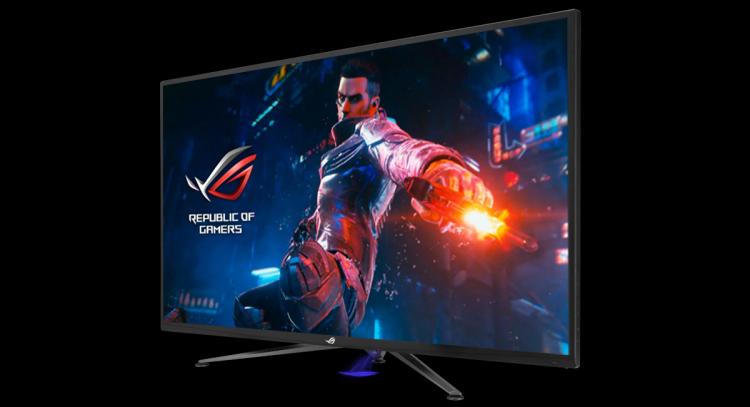 This driver also implements a variety of fixes to bugs uncovered by users or NVIDIA's QA team, including a pair involving Zombie Army 4: Dead War and one niggling issue where image corruption occurred in Twitch Studio when Imagine Sharpening was enabled globally. NVIDIA have also identified new bugs to be ironed out in upcoming releases.

The driver is compatible with 64-bit versions of Windows 7 and 10, and supports GPUs as far back as the GTX 600-series (Kepler Architecture).

Changes and Fixed Issues in Version 442.50

[Zombie Army: Dead War 4][Ansel/Freestyle]: The Ansel & Freestyle tabs are unselectable. [2810884]
[Tom Clancy's Rainbow Six Siege][Vulkan][G-SYNC]: When playing the game in Vulkan mode with G-SYNC enabled, flickering occurs after switching the game between full-screen and windowed mode.[200578641]
- To work around, either disable G-SYNC or play using an API other than Vulkan.

*At the time of writing NVIDIA Security Bulletin 4996 returned a 404.