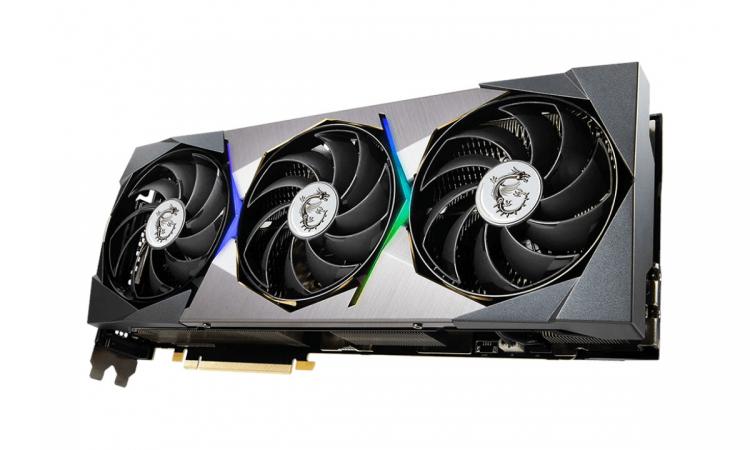 The leaks continued last week as Videocardz reported that a partner of component manufacturer MSI had mislaid a few documents associated with the upcoming GeForce RTX 3090 Ti SUPRIM X. The documents, which have been picked up by the aforementioned site, detail the release date and selected specification information ahead of the card's expected unveiling at CES 2022.

The RTX 3090 Ti is a new flagship for the GeForce RTX 30-series that succeeds the exceptionally premium RTX 3090. NVIDIA's newest card is expected to be equipped with an Ampere GPU that has more unlocked CUDA cores than the RTX 3090 (perhaps as many as 10752), but little has been confirmed beyond that until now.

Most important amongst the information conveyed in the leak is the launch date: January 27th. It's about a month away; close enough that right now is past time to be setting money aside for it, but far enough out that NVIDIA can easily push the release without ruffling too many feathers.

The second piece of this particular puzzle to be uncovered is the memory specification. Each RTX 3090 Ti looks set to the paired with 24GB of GDDR6X memory that's speculated to clock in at 21 Gbps (rather than 19.5 Gbps as seen on the RTX 3090). From this two additional aspects can inferred: the bus width (384-bit, identical to the RTX 3090) and the memory bandwidth (a huge 1008GB/s).

MSI's SUPRIM range of cards has a particular look about them, and the MSI GeForce RTX 3090 Ti SUPRIM X 24G is likely to follow suit with an angular triple-fan cooler design. The 3090 Ti is a significantly meatier GPU however, which might mandate a far larger (i.e. thicker) heatsink to keep temperatures within tolerances.

We're likely to find out more at the NVIDIA pre-CES press conferences on January 4th at 4pm GMT (8am Pacific). Tune in on the day at https://www.nvidia.com/en-us/events/ces/.

There are currently 583 user(s) online:
Google