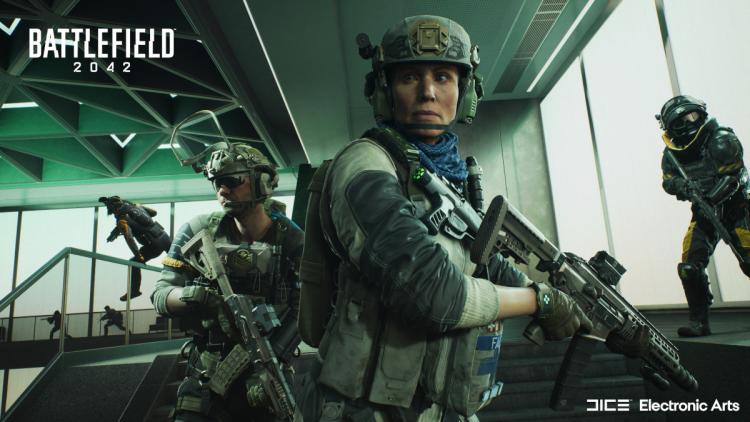 This week is a busy one for new videogame releases on PC and associated cloud streaming platforms, bookmarked by franchise sequels Jurassic World Evolution 2 and Battlefield 2042. As is increasingly the case many of these titles are launching on day 1 with support for key NVIDIA RTX technologies that are available natively with NVIDIA PC hardware or through the GeForce NOW streaming service, and we're taking you through a handful of them today. 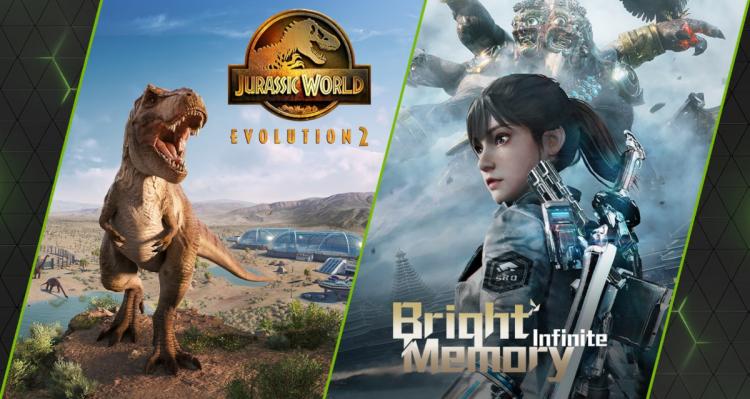 On Tuesday Jurassic World Evolution 2 saw its PC debut and immediately integrated DLSS, a technology that allows for higher performance by upscaling to native monitor resolutions using the power of specially trained neural networks and dedicated hardware on GeForce RTX-class GPUs. DLSS boosts performance by up to 60% at 4K, in many instances driving it past merely playable and into 60fps+ territory, even on cards such as the RTX 3070.

GeForce NOW Priority and RTX 3080-tier subscriptions will also have access to DLSS upscaling, allowing for a smoother streaming experience with top-notch image quality settings. With GFN however you won't need to have shelled out on an expensive personal PC.

Also picking up DLSS, but not yet available natively on GFN, is Hot Wheels Unleashed. Through DLSS this driving sim can achieve frame rates in excess of 144fps at 4K on even an RTX 3060 Ti, and above 90fps on the entry-level RTX 2060. That's an uplift of up to 50% over performance without DLSS. 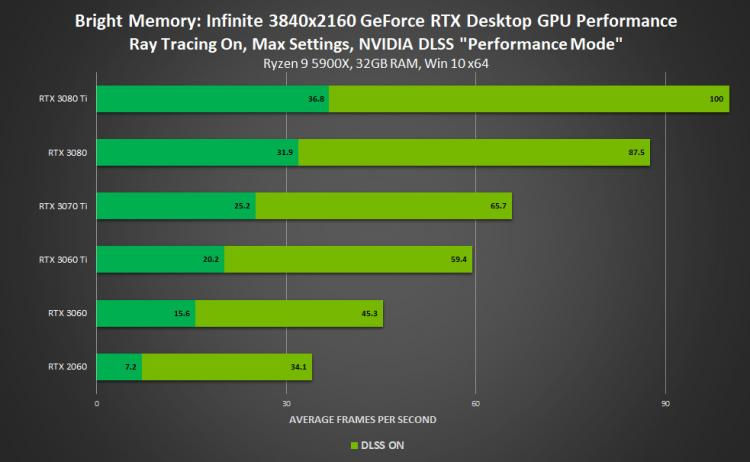 Today, flying mostly under the radar, Bright Memory: Infinite launches. A follow-up to Bright Memory, an action FPS that served as a short taster created by a lone indie developer, Infinite is decked out in ray-traced shadows, reflections, caustics and global illumination. This level of raytracing is uncommon and puts a tremendous strain on even advanced hardware, making the addition of DLSS to boost performance by up-to 2.5x in 4K all the more welcome. As a final garnish, the game also integrates NVIDIA Reflex to reduce click-to-screen latency by up to 49%.

Both DLSS and raytraced lighting is also available when Bright Memory: Infinite is played through GFN with a Priority or RTX 3080 subscription.

Grand Theft Auto: The Trilogy  The Definitive Edition has remastered Grand Theft Auto III (2001), Grand Theft Auto: Vice City (2002), and Grand Theft Auto: San Andreas (2004) with updated visuals and support for modern screen resolutions. It remains to be seen how well optimised the updates are for today's PCs, but general performance issues at the highest resolutions will be ameliorated by the inclusion of NVIDIA DLSS from the outset. Pre-launch in-house testing indicates that DLSS can improve frame rates by up to 85%, helping you enjoy San Andreas and Vice City to their fullest.

And finally, the biggest launch of the week is EA's Battlefield 2042, which begins its Early Access period tomorrow. For the ultimate experience NVIDIA recommend their own hardware of course, with which you'll be able to enjoy both DLSS and NVIDIA Reflex technologies. DLSS is expected to improve performance by up to 2x, while NVIDIA Reflex should reduce system latency by as much as 28%, both of which could be critical to your enjoyment of this shooter in competitive game modes. Battlefield 2042 also supports Ray-Traced Ambient Occlusion, putting a cherry on top of this visual feast for the eyes.

Rounding out the NVIDIA news are this week's additions to the GeForce NOW game streaming platform. In addition to Jurassic World Evolution 2 and Bright Memory: Infinite, four games get optimised support on the service with their Steam versions:

As a reminder, preorders for six-month GeForce NOW RTX 3080 memberships are currently available in North America and Europe for $99.99 or regional equivalents. RTX 3080 members get the highest performance cloud gaming rig, RTX ON, longer session lengths, up to 1440p at 120 FPS on PC/Mac and up to 4K HDR on SHIELD.

In order to play each game remotely you will need to buy it through the applicable platform - in most cases Steam or the Epic Games Store - and have a GFN subscription set up. GFN is compatible with a huge range of hardware and software platforms including MacOS and via Chrome browsers, and hundreds of PC titles are supported even on low power laptops and Chromebooks. In fact, there's a great chance that a large proportion of your Steam and EGS library is already supported.

More information on GeForce NOW, including membership options and supported games, can be found at https://www.nvidia.com/en-gb/geforce-now/.

A breakdown of what RTX brings to Battlefield 2042 is spelled out in the following official blog post.