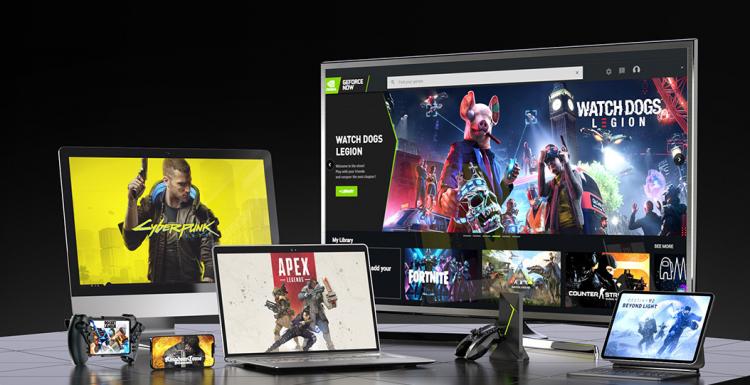 Change is afoot at NVIDIA's premium game streaming service. GeForce NOW exited beta in February of last year with Founders Membership available alongside free sign-ups. Now the stage is set to move to a more mature setup, retiring the Founders' Membership scheme and implementing improvements to the service that can build it as a platform going into its second year.

Founders were given priority queueing privileges to the remote streaming servers, longer duration gaming sessions and access to remote systems powered by NVIDIA RTX graphics. These privileges will be inherited by a new Priority Membership which by its name more explicitly spells out its nature. They will be available for £8.99 in the UK and 9.99 in Ireland, with an annual membership option of £89.99 or 99.99 for the best value.

Perhaps the most compelling feature of this premium membership level will be playing with RTX ON for a taste of ray-traced gaming without needing to purchase expensive (and increasingly scarce) RTX 30-series hardware. However all membership levels will be able to take advantage of some other technological improvements.

With the 2.0.28 update, currently rolling out to members and available to all in about a week, streaming quality will be pushed higher by implementing a unique adaptive Vsync technology. The feature synchronizes frame rates at 60 or 59.94 Hz server-side to match the display client-side, reducing stutter and latency on supported games. A new adaptive de-jitter technology will enable an increase of bit rates for improved quality over choppy networks, too.

NVIDIA are also continuously augmenting their server infrastructure by adding in new capacity and rolling out new datacentres. Montreal will soon join the NA regional cluster, just after a new node in Phoenix, Arizona. In the EMEA region meanwhile partnerships have been struck with providers in Turkey and Saudi Arabia to offer a localised service. Australia is scheduled for similar treatment soon.

The more things change however, the more things will stay the same. GFN Thursdays will continue, a like-clockwork update to the service that adds support for new titles, driver-based optimisations and new features as and when they're available. This Thursday seven new games join the platform as streamable titles if you own them on Steam or the Epic Game Store:

Long-standing Founders members will be able to retain their special £4.99 a month (£24.95 for 6 months) pricing for life. Newcomers can sign up to a free or new Priority account at https://www.nvidia.com/en-gb/geforce-now/memberships/. If it's something you'd like to try we urge you to at least give the free membership a bash and take advantage of the 1 hr gaming session limit to test it out for yourself.