Ahead of an expected formal announcement of the Nvidia GTX Titan X at some point this month VideoCardz.com has the details on a rather juicy leak of all its technical specs, and they look for some sweet reading.

The headline figure to keep in mind is that the GTX Titan X exceeds the specifications of the GTX 980 by 50% or more throughout. The GPU - essentially a full-fat GM200 - boasts 6 GPCs with 4 SMMs each, totaling 3072 Cuda Cores which is vastly more than the 980's 2048. Six 64bit memory controllers allow for a total memory bus width of 384-bit, presumably also boosted by Nvidia's improved compression algorithm. The GPU also houses 192 Texture Mapping Units and 96 Raster Units. Coupled that to the vast 12GB frame buffer already announced and it's obvious that the Titan X is designed to chew through high-resolution scenes, even 4K scenes, without missing a beat. 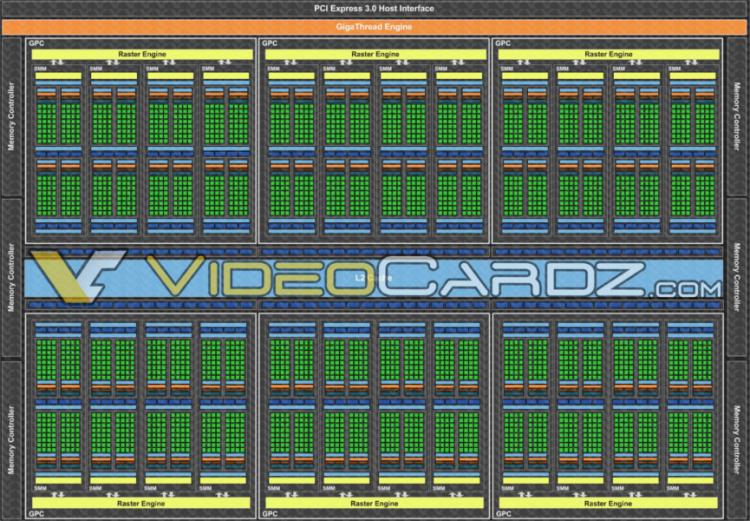 Obviously this sort of hardware comes at a price in terms of TDP. The GTX Titan X is rated at ~250W, quite a bit more than the GTX 980 but roughly on a par with AMD's R9 290X (company differences in calculating TDP notwithstanding). Typical connector spec will therefore be 1x8-pin + 1x6-pin, but don't be surprised to see dual 8-pin configurations when partners get their hands on it.

Reference speeds for the Titan X are also aggressive, indicating that Nvidia heave learned the lessons of the Kepler-based flagships. The core hits just over 1GHz (1002 MHz), boosting a few bins up to 1089MHz under appropriate conditions. Memory is similarly fast, hitting 1753 MHz (7GHz effective). Furthermore Videocardz.com indicate that there's headroom here to overclock the GPU both on the core and memory, though the latter will depend on memory shipped with the card. 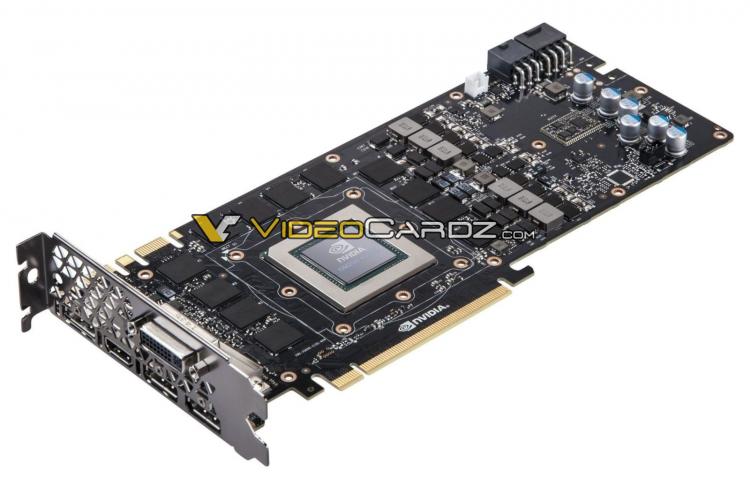 All in all the Titan X is expected to surpass the GTX 980 by 30-40%, configuration and scenario dependent. Don't forget to check out VideoCardz.com for a full rundown of the leak, including limited benchmarks. More information should be available soon, probably during the Graphics Technology Conference this week.