NVIDIA To Release The GTX 670 Next Week? 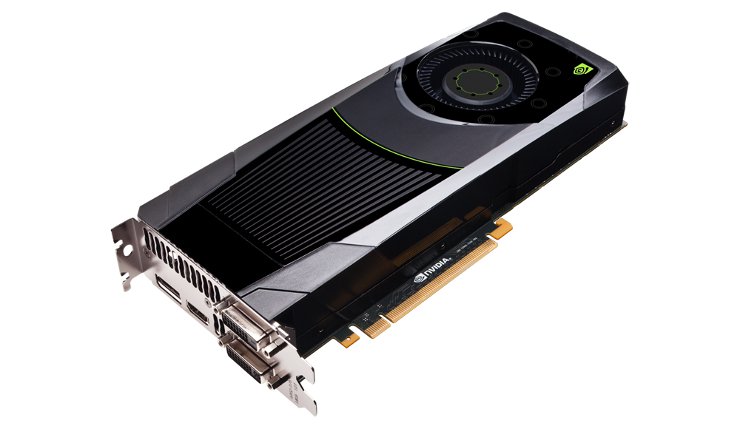 NVIDIA have been a little remiss when it comes to fleshing out their 28nm desktop line-up. Though the GTX680 was released in March, and the GTX 690 is to be officially released on the 3rd by all accounts, very little has been heard of the 670 and 660. Generally that wouldn't be a big deal - the 570 and 580 are still kicking around in sufficient quantities to meet demand in those performance/£ bracket, but with the GF110 moving to EOL stock will soon dry up with no replacement on the horizon. It's interesting therefore that SweClockers are reporting that the GTX 670 (non-Ti) will be announced on the 10th May, though stock may take a while to filter through the system.

According to VR-Zone, who have echoed the SweClockers rumour, the GTX 670 will feature the same GK104 GPU as the GTX 680, but with only 1344 CUDA cores and lower clocks at ~950MHz base clock. In common with the 680, the 670 will have a full 256-bit wide memory interface and utilise 2GB GDDR5 in the most common configuration. Pricing is expected to be competitive with the AMD Tahiti-based 7950.

On UK retailer Overclockers.co.uk's official forum, member tellmewhy99 has linked two images (below) of MSI GTX 670 box art and a retail card, which if genuine does indicate an imminent release. The images also agree with the 2GB RAM for the card rumour, though a mark in the negative column is the spelling of 'Dispaly Port'. 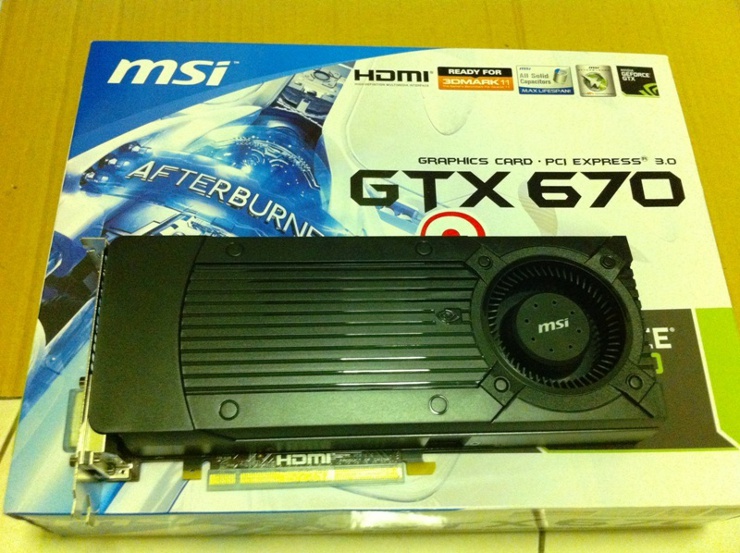 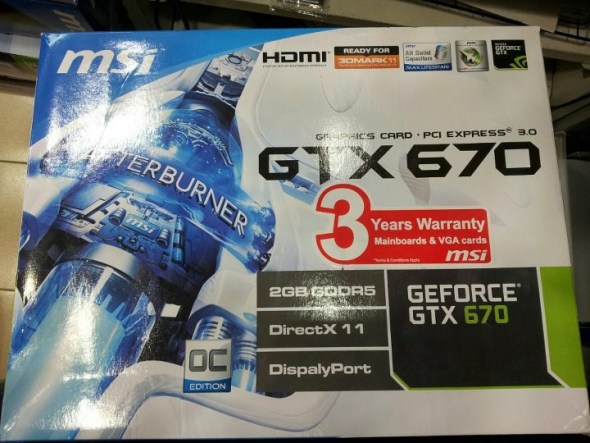 VR-Zone also note that the GTX660 may be incoming at the same time, though it will feature a GK104 (or other) core with a whole GPC disabled for ~1100 CUDA cores and a 192-bit memory bus. Memory should realistically therefore be 1.5GB GDDR5 RAM, unless NVIDIA choose to use mismatched densities for this mid-range part. Unsurprisingly it aims to go up against Pitcairn-based HD7800-series (£200-275), with pricing likely to be defined by the performance relative to these cards.

The $64,000-question is one of availability. The 680's are generally high in demand but low in stock (with the exception of a few selected brands) and it seems likely that the GTX 690 will see tiny numbers hitting the shelves. If production limitations for the GK104 extend to the salvaged parts it's certainly possible that the 670/660 launch will be relatively low on stock, even if reviews turn out to be glowing. Furthermore if NVIDIA can show a performance lead, even if only on paper, AMD may have to react with more aggressive pricing.

With luck, May should be a pretty interesting month for new GFX cards more in the average gamers' price bracket.

« MSI Takes The Hood Off A New Hawk · NVIDIA To Release The GTX 670 Next Week? · Razer Announce The Naga Hex Wrath »