NVIDIA are aiming to have their next-generation GPU, code named 'Kepler' to be shipped out by 2011 end. While this may not mean that there will be cards on the market to buy this year, it does mean however that they will be available sometime Q1 2012. Kepler is predicted to have 3x the performance per watt of Fermi in double precision floating points. This new architecture is expected to bring many benefits from improved GPGPU and easier programmability for developers. 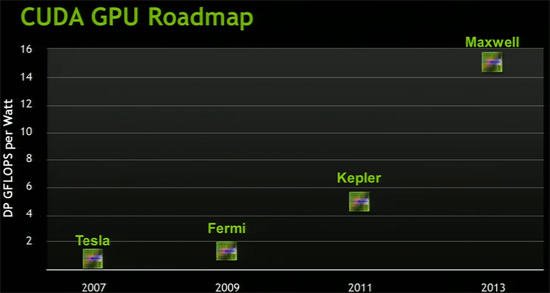 Though some may be cautious as to whether TSMC will be able to provide NVIDIA with the 28nm fabrication amid fears of delays in the technology though AMD have already announced that they vow to be first to release 28nm graphics cards with some confidence, so maybe there is something going on that is not revealed to the public.

NVIDIA has denied plans to release Kepler GPUs in 2011.
"Although we will have early silicon this year, Kepler-based products are actually scheduled to go into production in 2012. We wanted to clarify this so people wouldnt expect product to be available this year," said Ken Brown, a spokesman for Nvidia, in an email statement.