NVIDIA's GeForce RTX 3080 graphics cards finally went on sale last week, letting some few PC gamers finally get their hands on their latest GPU architecture generation and frame-rate busting performance. Sneaking in with considerably less pomp and circumstance however was an announcement regarding SLI, substantially de-emphasising the feature for gaming on consumer-level hardware: SLI support will be transitioning to 'Native Game Integrations' from January 2021.

SLI AKA Scalable Link Interface, a technology which allows two or more GPUs to operate in tandem when rendering a scene, has been a core feature of NVIDIA's GeForce range since the acronym was repurposed in 2004. To developers it offered higher frame rates whilst also allowing users to upgrade systems by throwing in a second identical GPU, reaching almost double the raw performance one card alone would be capable of. At least, in theory.

It turns out SLI has its downsides. Optimisations needed to be performed on a per-game basis - drivers were frequently updated with SLI profiles that dictated how a particular game should run with more than one GPU (often by just ignoring any beyond the first). Multi-GPU configurations also had a reputations for exhibiting micro-stuttering; the average frame rates would be excellent, but small yet frequent frame stutters would ruin the experience. An emphasis in the last 6 years on smooth frame rates for both G-SYNC and VR meant that the tech was living on borrowed time. 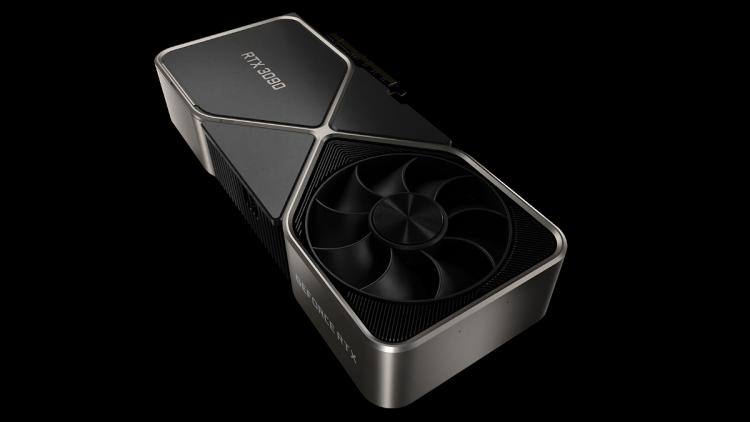 For many pundits the writing was on the wall when the GTX 1060 debuted without official SLI support. The decision was underscored with the RTX 2060 and 2070, neither of which officially offer SLI. The value of the technology as a means of more affordable piecemeal upgrades to a system was therefore lost, in favour of it becoming an enthusiast-only feature.

The latest generation of game engine APIs (specifically DirectX 12 and Vulkan) are capable of referencing each GPU directly in a technique known as 'Explicit Multi-GPU', rather than abstracted through the driver layer. This grants developers far greater control over graphics resources (in a manner that might be hardware vendor agnostic) at the expense of being more difficult to implement. If utilised fully then Implicit Multi-GPU such as driver-level SLI and AMD CrossFire would no longer be necessary.

Of the RTX 30-series only the RTX 3090 will be equipped with the tools for SLI (via an NV-LINK edge connector), relegating it to a prosumer feature at best. Many creative applications already operate in multi-GPU configurations without tailored driver-level support, which keeps the RTX 3090 in the frame as a multi-GPU card for creatives.

Some DirectX 12 and Vulcan titles such as Shadow of the Tomb Raider and DOOM already support SLI natively rather than through the driver, and more are expected. In the mean time support for current SLI titles and valid configurations will be maintained for RTX 20-series and earlier GPUs, but no new titles will be added to driver-level profile support after January 31st 2021. The RTX 3090 and future SLI-capable cards will only support the feature when implemented natively within the game, requiring no specific attention from NVIDIA's driver development team.

Nonetheless, unless NVIDIA unlock support through the PCI-Express bus, SLI is likely to be effectively dead in the water for consumers even if game developers code for it.

There are currently 842 user(s) online:
Google