During the weekend, NVIDIA attended the Virtual Reality Expo LA (VRLA) & took the opportunity to demonstrate it's take on a Virtual Reality headset. This latest revision of the headset has been designed and built in cooperation with Stanford University with the focus in mind to give users a natural depth-of-field - with intention to do so more than other technologies on the market.

To demonstrate the headset; NVIDIA had the unit connected to a Maxwell GPU, whilst the technology actually utilises the CUDA programming language to process the light field images in real time.

With current VR head mounted displays (HMD) set to have the user focus on a display; NVIDIA's approach is to have the user to focus on the image. This will in-turn mitigate motion sickness; eye strain and any other form of prolonged exposure - most commonly fatigue.

Here is a schematic of NVIDIA's VR HMD - 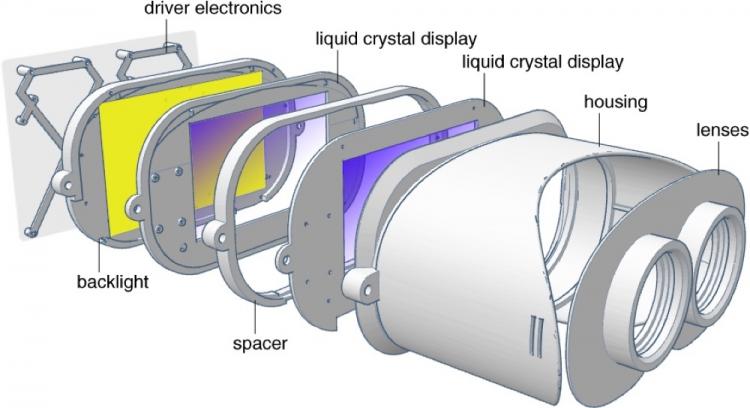 Headphones are recommended to be used in conjunction with current VR technology to help compensate mismatch negativity - an electrical activity in the brain where an infrequent change in a repetitive sequence of sounds in frequency, intensity, duration and real or apparent spatial locus of origin.

By eliminating the headphone requirement; NVIDIA & Stanford have created a VR technology that will not cause the above side effects. 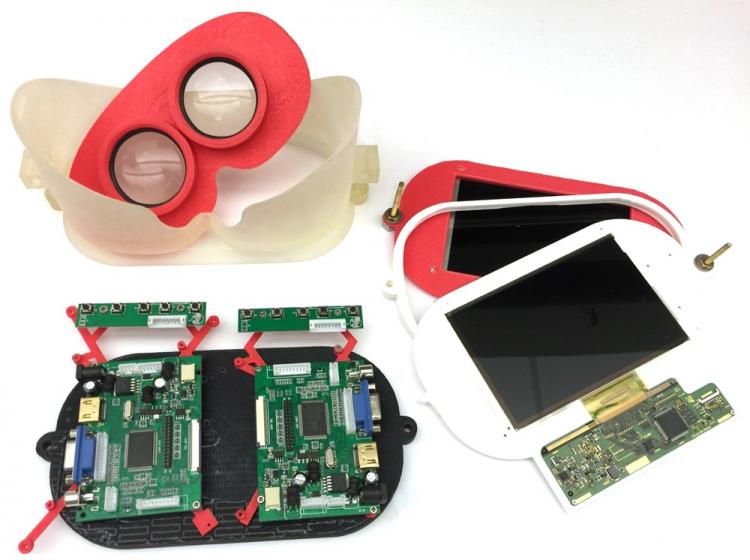 The Light Field stereoscope utilises two layered displays with back-to-back LCD panels which are in-turn placed between a backlight on the far side of the user and the two circular viewing lenses near the users eyes.

During an interview with Gordon Wetzstein, assistant professor of electrical engineering at Stanford, he explains:
"The way we perceive the natural world is much more complex than stereoscopic. Our eyes can focus at different distances. Even one eye can see in 3D. It does that by focusing the eye.

NVIDIA concluded that current consumer VR headsets are both too bulky and have a narrow field-of-view with regards to what a user can actually see. They want to change all of this by utilising a microlens display configuration which will not only enable a wider field-of-view but also enable the over headset package to be more compact and thus provide a more comfortable user experience.