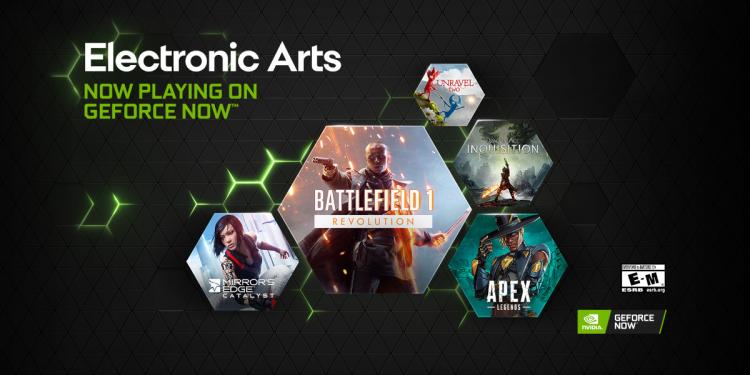 NVIDIA GeForce NOW is welcoming Electronic Arts back to the platform this week after a prolonged hiatus that saw only a small number of titles available on the game streaming platform. The manufacturer and publisher have announced today that four titles representing some of their most popular franchises are on their way to GFN - early as today if bought through Steam - with more on the way as engineers work on adapting them to cloud gameplay.

The move is the start of a deeper relationship between the two parties that will see EA bring yet more games to the growing cloud-based service, allowing them to be played on far less capable PC hardware including Chromebooks, MacBooks and the SHIELD TV set-top system, hence expanding their potential global audience.

The Steam variants of four EA titles can now be played on GFN alongside Apex Legends, an EA alumni that has been part of the GFN portfolio for a while. NVIDIA and EA are also working on adapting the Origin client for cloud gaming and thus bringing in more options to GFN subscribers both old and new.


A further part of today's update is nine more titles arriving on GFN, bringing this week's total to 13. They include Tom Clancys Splinter Cell Blacklist via Ubisoft Connect, Hot Wheels Unleashed on Steam and the Epic Games Store, and the EGS free game of the week Europa Universalis IV; each has received optimisations to ensure the best possible streaming performance regardless of where you are worldwide.

Priority plans in the UK are priced at £8.99 per month, with a small discount if taken out on a yearly basis. More information on GFN can be found at https://www.nvidia.com/en-gb/geforce-now/.