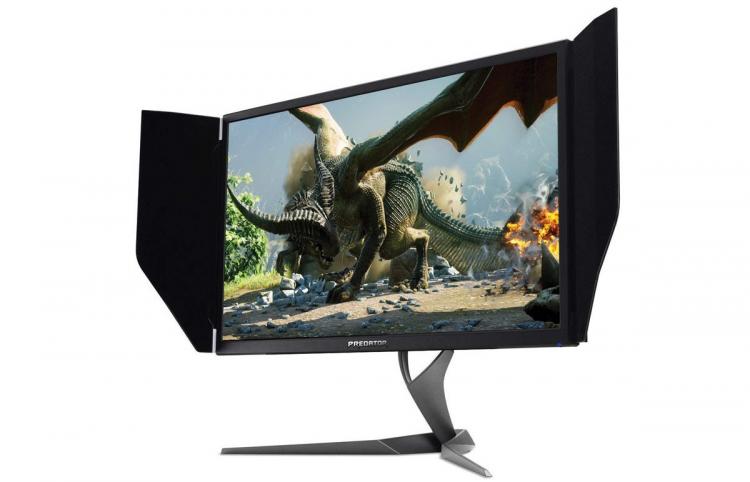 Whisper it quietly: there might be a minor revolution going on at NVIDIA. The green team are known for their fiercely protective attitude towards their own technologies, and distinctly lesser preference for open standards, but this year reversed course in uncharacteristic fashion to support VESA Adaptive Sync variable refresh rate monitors. They naturally couldn't resist plastering their own branding over panels certified in-house, now almost routinely listed as 'G-SYNC Compatible', but it marked a stark change in ethos after years of only supporting and promoting their proprietary G-SYNC hardware.

It appears that NVIDIA's future intentions in this field are even more out of character. According to a report at TFTCentral plans are afoot to support Adaptive Sync on forthcoming native G-SYNC panels (i.e. panels that incorporate NVIDIA's G-SYNC hardware module). Such a move would be critical for support of Variable Refresh Rate implementations on current and future generations of games consoles, which is likely to be something of a priority for their Big Format Game Display standard.

In September it was quietly revealed via a 3rd party press release that their GPUs would be supporting Adaptive Sync over HDMI on G-SYNC Compatible displays, but were mute on the fate of Native G-SYNC. This latest move goes much further.

The implementation would be to support Adaptive-Sync Variable Refresh Rate over HDMI and Displayport (the former of which being required for consoles), and has already been rolled out on the ACER Predator X27P over HDMI only. It apparently requires a firmware update to the v1 or v2 G-SYNC module and thus will not be retroactively applied to monitors currently in circulation, but offered optionally to monitor manufacturers.

VRR over HDMI is also a factor in complete compliance with the HDMI 2.1 specification, which will be an important box to check for monitor manufacturers on their G-SYNC and G-SYNC Compatible monitors.

Exclusive compatibility with GeForce GPUs in variable refresh rate mode was a major drawback to the purchase of a native G-SYNC panel, despite their exceptional quality and the benefits certified VRR affords gamers. The question becomes whether NVIDIA will choose to engage in shenanigans via the firmware to explicitly break support on AMD desktop and mobile GPUs. That seems unlikely - such a move would surely break Adaptive Sync support and hence HDMI 2.1 compliance - but they do have past form as evidence with PhysX hardware compatibility.