This invisible man is confused by VR. Who can blame him, really?

Jumping in to Virtual Reality can be a daunting proposition. First there's the hardware costs - not inconsiderable even though GPU bang for your buck has improved this generation - and then there's the quagmire of finding VR experiences to get started with. If only there was a way to streamline the whole process...

Yes, if you hadn't already guessed, graphics hardware supremo's NVIDIA have a new bundle deal this Spring and this one is centred around the oft-confusing world of Virtual Reality. This time around when you buy a qualifying NVIDIA GPU and Oculus Rift & Touch Set you'll be eligible for three free VR games, getting you well on the way to a world of truly immersive PC gaming. 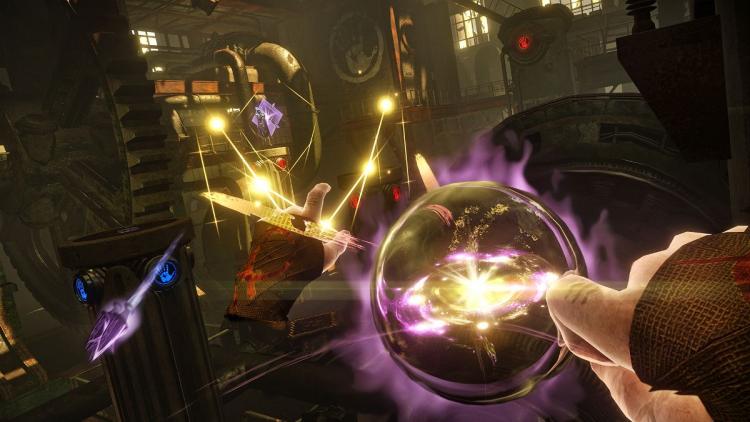 First up of the free games is The Unspoken by Insomniac Games.

Discover your inner Arch-mage. Veteran developer Insomniac Games presents The Unspokenan Oculus Touch enabled VR action game that pulls players into a hidden world of spellcasting and magicians duels. Manipulate the environment around you with the powerful arcane forces that flow through your fingertips, summon unfathomable monstrosities with your bare hands, and rise up through the ranks of an urban magic fight club.

Next is Wilson's Heart, a first-person psychological VR thriller by Twisted Pixel Games.

Finally there is SUPERHOT VR. A FPS where time only moves when you do, SUPERHOT brings together a heady mix of both strategic and action-oriented gameplay quite unlike anything else.

A full range of NVIDIA's VR-capable GTX 10-series GPUs are part of this promotion. Whether it be a top-of-the-range GeForce GTX 1080 Ti, performance-class GTX 1080 or 1070, or the more modest GTX 1060, most NVIDIA gaming GPUs will qualify when purchased alone or as part of a system or laptop alongside an Oculus Rift & Touch Set. Furthermore, by investing in the bundle you'll have full compatibility with games and experiences which incorporate NVIDIA VRWorks API suite.

More information can be found at geforce.com. The promotion begins today and will continue while stocks last.

There are currently 951 user(s) online:
Google