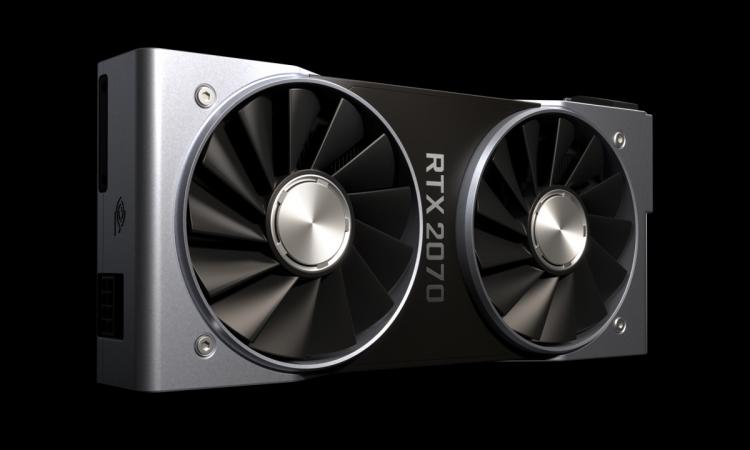 NVIDIA's GeForce RTX 2070 could soon have a SUPER replacement

NVIDIA are set to launch something 'SUPER' in the very near future, and according to reports this week that launch will take place on Tuesday July 2nd. Rumoured to be a new range of RTX 20-series cards, representing something of a refresh to the lineup which debuted at Gamescom last year, the GeForce RTX 20 SUPER-series could either replace the current RTX 20-series in NVIDIA's lineup, or herald a top-to-bottom reorganisation of their product stack and pricing.

The launch, it appears, will be somewhat split. On July 2nd NVIDIA will be taking the wraps off the RTX 2060 SUPER and RTX 2070 SUPER, with Founder's Edition reviews from select outlets going live on that day. It's unclear whether this will be a launch with stock on shelves, but NVIDIA typically stagger launch and retail availability (although pre-orders are almost certain to go live if stock isn't available). Reviews of board partner variants will follow on July 9th, much to the ire of many.

While most of the important performance information on the RTX 2060 SUPER and 2070 SUPER should be brought to light at launch, the RTX 2080 SUPER is alleged to have reviews available later in the month. This also implies that actual retail availability will also be subsequent to the lower positioned cards.

What NVIDIA's RTX 2080 SUPER Founder's Edition could look like

Rather than a slight clock bump typical of CPU and GPU refreshes, it's anticipated that the SUPER series will change-up performance by increasing the number of active Shader Modules on the GPU and equipping the cards with faster GDDR6 memory. There's scope throughout NVIDIA's range to do this, even up to the monster RTX 2080 Ti. Indeed, opting for the SUPER moniker implies that they might also have plans for an RTX 2080 Ti SUPER in the future with performance bridging the gap to the monster TITAN RTX.

The timing is going to be critical on two fronts. Clearly unveiling the RTX 2060/2070 SUPER models next week is intended to preempt the launch of AMD's Radeon RX 5700-series GPUs on July 7th, stealing much of the limelight and potentially undermining their performance pretensions. By the same token NVIDIA will want to have a refreshed lineup ready for AMD's Ryzen 3000-series platform, a launch that's shaping up to be the most important of the year for driving sales amongst consumers hungry for a meaningful upgrade to their current desktop.

As always, take rumours like this with a grain of salt. We have been unable to confirm any of the above information.