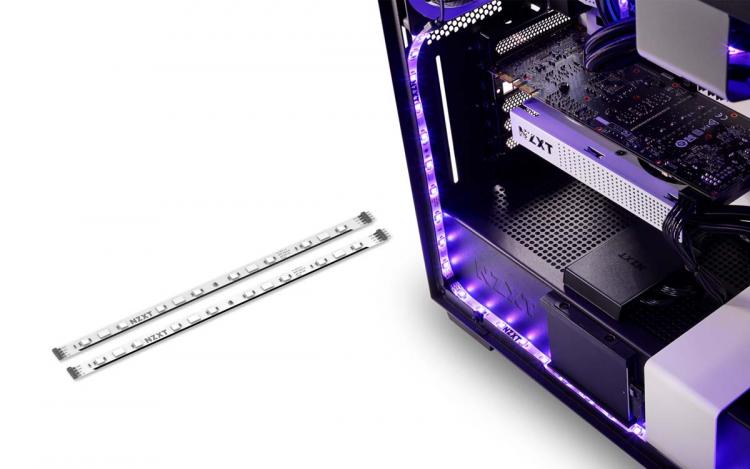 Check out our review of the NZXT HUE 2 RGB Lighting Kit here.

The NZXT HUE 2 RGB family of accessories has its own built-in microcontroller which sports a patent-pending feature that allows every HUE 2 RGB component to identify specific LED configuration. This allows users to mix and match HUE 2 RGB products and still fully customize each addressable RGB LED on all accessories. Like the 300mm variant, the 200mm and 250mm HUE 2 RGB LED strips are fully compatible with the HUE 2 RGB Lighting Controller and come with a magnet and double-sided tape for easy installation anywhere in your chassis.

Features
- Instantaneous response time and lighting synchronization across accessories
- Numerous pre-sets, smart, audio, gaming and custom modes
- Mix and match with other HUE 2 accessories in each channel based on your needs
- Easy set-up and control with CAMs intuitive interface