"Our SecuFirm2 mounting systems undergo comprehensive compatibility tests before being approved for new platforms. We have neither detected any problem with regard to the Intel LGA11151 platform (Skylake) during these tests nor have we received any reports from our customers, sales partners and system integrators that would indicate any possible issue. Our SecuFirm2 mounting systems (with the exception of some compact L-type models) rely on coil springs to create the required contact pressure, which gives a certain flexibility both with regards to tolerances in stackup height and shocks or other forces. Compared to spring-less mounting systems, which exclusively rely on the bending of the mounting brackets in order to create contact pressure, this allows to reduce the mechanical stress on CPU, socket and motherboard and thus helps to prevent possible damage from excessive forces. However, as it is not possible to reliably calculate or control the forces that act upon a system during transport (e.g. in shipping), we generally recommend, due to safety reasons, to take off coolers with a total weight of more than 700g (incl. fan)."

Following the reveal of cooler issues on the Skylake (LGA 1151) platform we reached out to other manufacturers for their thoughts and the status of their cooler lineup in light of the revelations. So far both Cooler Master and NZXT have responded, both with a cautious but positive reaction.

The most comprehensive response was from NZXT, a company which is one of the newer manufacturers on the block but recently began to focus on closed loop liquid coolers over traditional air coolers. In it they're understandably measured, and highlight the fact that the largest risk is with large 'tower'-style coolers; NZXT's liquid coolers by contrast put little weight on the socket and use relatively little compressive force on installation.

"All NZXT Kraken Series closed loop liquid coolers are fully compliant with Intel's socket 1151 mechanical force specification. The mounting system developed for NZXT's liquid coolers does not encounter the problems associated with either gravity that large fin arrays of oversized tower coolers have or with Skylake's changes in substrate and IHS thickness.

Our older generation of large tower coolers (Havik 120/140) are mounting and pressure compatible with socket 1151, but we advise against using them with socket 1151 CPUs due to potential of force exerted on the socket by the weight of the cooler." 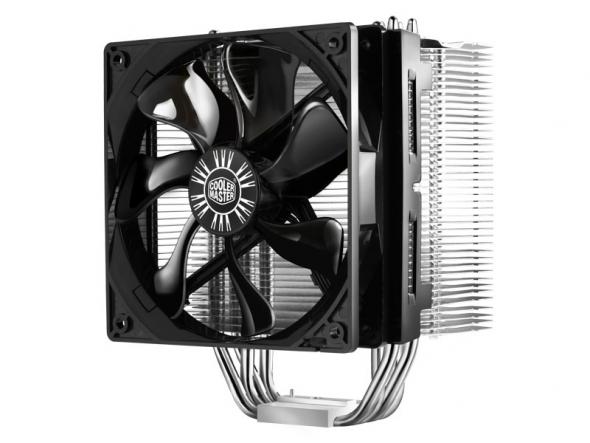 On the flip side Cooler Master's response was much more bullish. A veteran cooler manufacturer, they're keen to stress the standards to which each of their products is assessed against. They state outright that all their Intel socket LGA 1151 coolers are unaffected by the Skylake mounting issue. This statement is particularly notable because of the sheer size of many Cooler Master air coolers such as the V8 GTS

Cooler Master has been at the forefront of Cooling Technology since its inception. With the Cooler Master designed heat-sink technology in your coolers, you are getting the best standards of thermal cooler in the world. Every cooler we ship meets Cooler Masters highest standards for providing incredible performance, regardless of the design or model.

We would like to reaffirm our commitment to all our fans and supporters that you can rest assured, all air and liquid cooling products from Cooler Master are not affected by the mounting issue.

At this stage the extent to which each manufacturer is affected appears largely dependant on the mounting system utilised. Some designs utilise posts which fix the height of the CPU cooler above the socket, whilst other mounting systems often rely on spring-based mechanisms that compress to form a good contact with the IHS surface. At any time flex in the overall assembly that places high but uneven pressure on the CPU can cause a problem, more so than older CPU designs.

We've also reached out to Corsair and Noctua regarding this issue and will report back when we get a response.

There are currently 511 user(s) online:
Google