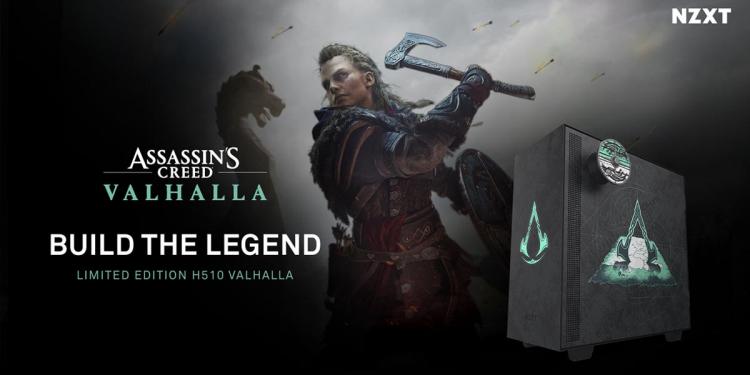 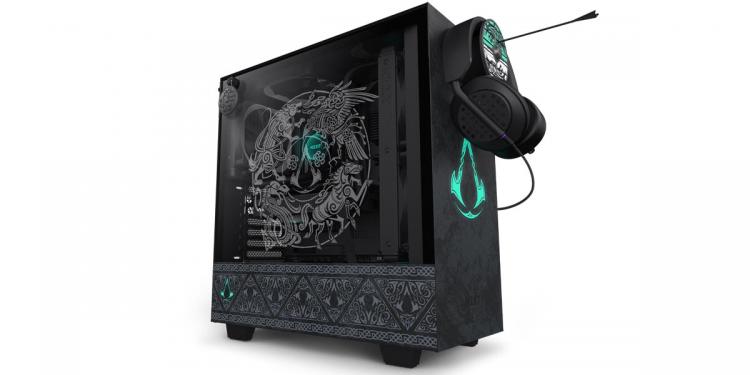 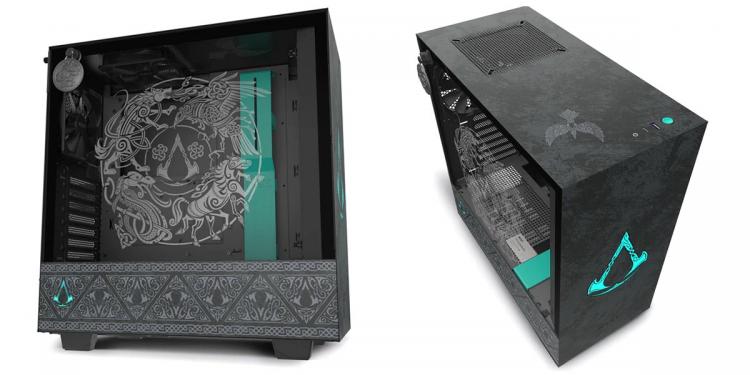 NZXT CRFT Elements
Much like the CRFT 06 H510 Siege case, the H510 Valhalla features an illuminated LED logo on the front panel. We used the Valhalla variant of the Assassin's Creed logo for this iteration of the NZXT H510, giving this case a look that is unique to the Viking epic.

Rune Poem
The cable bar features a poem in Viking-age runes. This poem is the 77th stance of the Hávamál, a book compiling the Nordic poems. It is one of the best known and most popular stances and calls Vikings to adventure.

Eivor Shield Puck and Broach Charm
The CRFT 08 H510 Valhalla case comes with an exclusive Puck designed to look like Eivors Shield with a removable arrow and a charm based on the brooch. These items are meant to evoke Eivors clan and represent the communal element of the game.

Pricing and Availability
The limited edition NZXT CRFT 08 H510 Valhalla chassis is exclusively available on NZXT.com for US$249.99.

There are currently 616 user(s) online:
Google