Original Crysis coming to PS3 and Xbox 360 this October 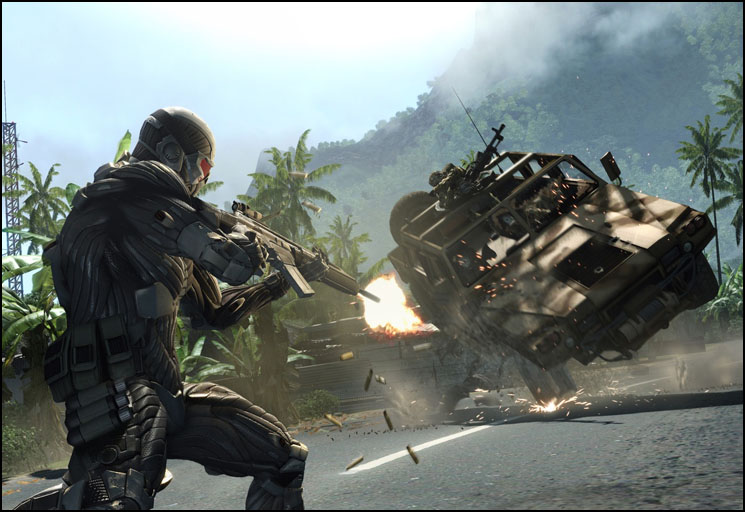 Electronic Arts has announced that Cryteks 2007 PC first-person shooter game remake Crysis will be available on the PlayStation Network and Xbox Live this October as $20 digital download. When it arrives, Crysis will only feature the original game's single-player campaign. However, the campaign is being "remastered" for the console release with new lighting effects, optimized controls, and stereoscopic 3D support for both systems.

Just like the original PC game, the game is based in a future where a massive ancient Alien structure has been discovered buried inside a mountain on an island in the fictional Lingshan Islands, near the coast of the East Philippines. The single-player campaign has the player assume the role of United States Delta Force operator Jake Dunn, referred to in-game by his call sign, Nomad. Nomad is armed with various futuristic weapons and equipment, most notably a "Nano Suit" which was inspired by a real-life military concept. In Crysis, the player fights both North Korean and extraterrestrial enemies in various environments on and around the island.