Overclock Your PC Graphics From An iPhone With MSI 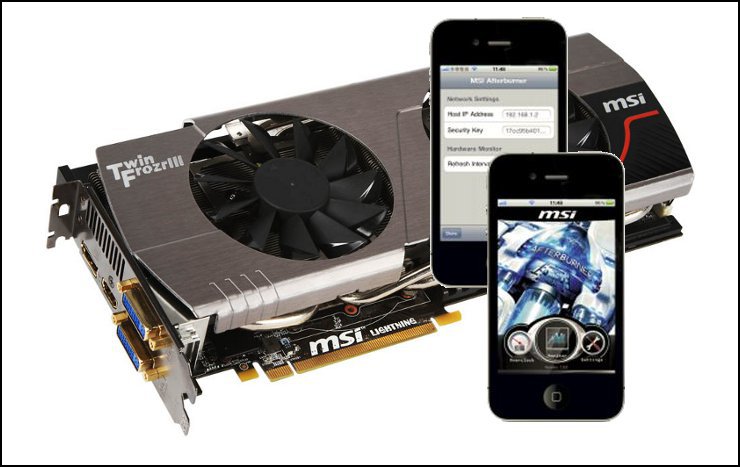 The Afterburner app was jointly developed by MSI and Nick Connors, a well-known programmer. By porting MSI's exclusive Afterburner overclocking utility to handheld devices, users can now monitor the core temperature, frequency, memory clock speed, and fan speed of their desktop graphics card over a WiFi connection. This delivers a richer and more interactive user experience. The Afterburner app can adjust a graphics card's core and memory frequencies, fan speed, and even the proprietary Triple Overvoltage function. The powerful features on the Android version have already won the unanimous approval of the media and users. Now that MSI has released an iOS version, this means that the hundreds of millions of Android or iOS smart phone/tablet users around the world can all now enjoy the convenience of overclocking through a handheld device. 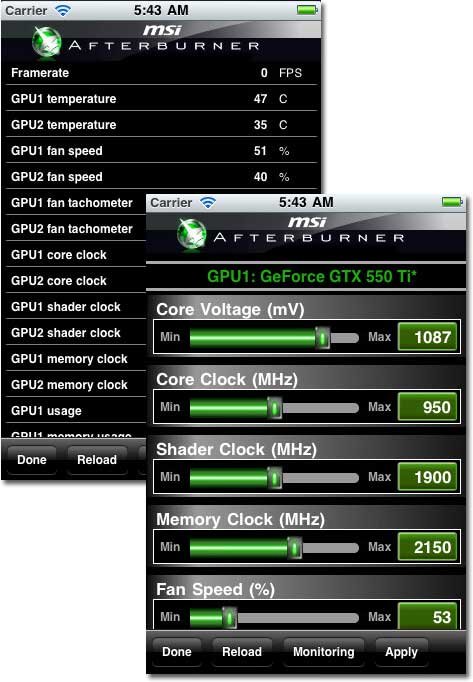 From now until December 3rd 2011, just download and install the Afterburner app from the APP Store to your Apple mobile device costfree. Launch the Afterburner overclocking utility on your PC, then take a photo of the handheld device and computer screen both running the Afterburner software. Upload the photo to your blog to win an R6870 graphics card, Lara Croft and the Guardian of Light, and other great prizes. Apart from sharing your photos, participants can also give a 5-star rating to the Afterburner App in the APP Store and share their experience or thoughts on Afterburner for iOS. MSI will select the two lucky users that wrote the best reviews to receive an MSI N480GTX Lighting graphics card and an MSI WindPad 100W tablet PC! With such great offers, shouldn't you download the Afterburner App on your computer and share your experiences right away?