Tested on a GIGABYTE A75M-UD2H mATX motherboard, Windows 7 64bit and , the score to beat was P3988, which is the previous IGP world record set on the Z68 platform in 3D Mark Vantage.

The overclocked scores for the A8-3850 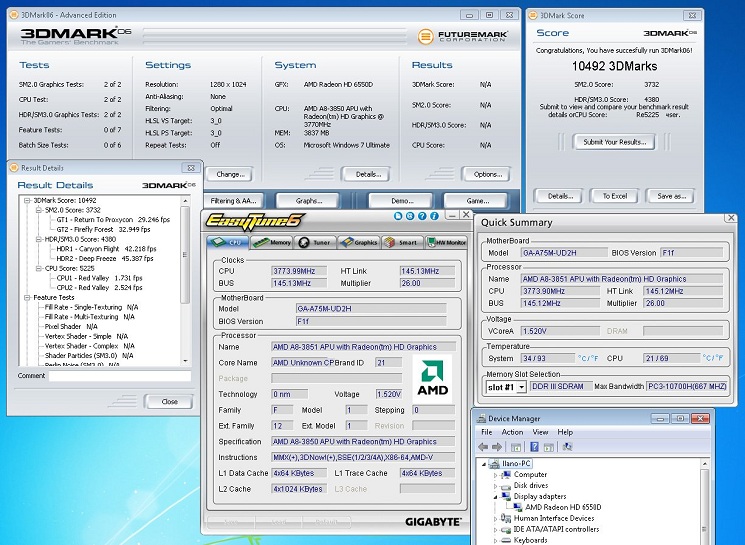 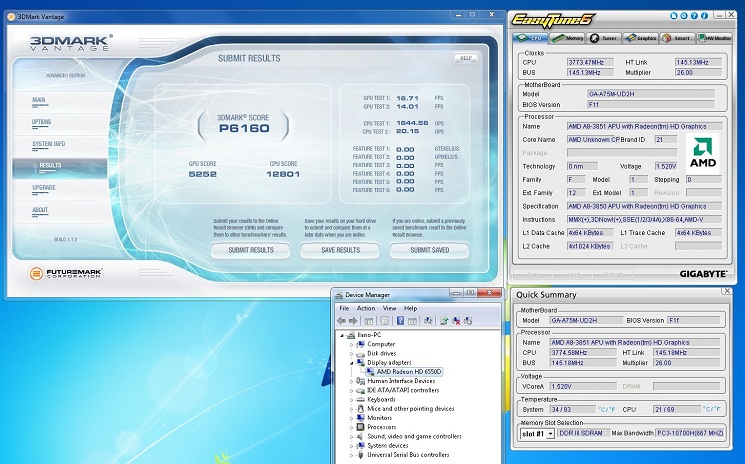 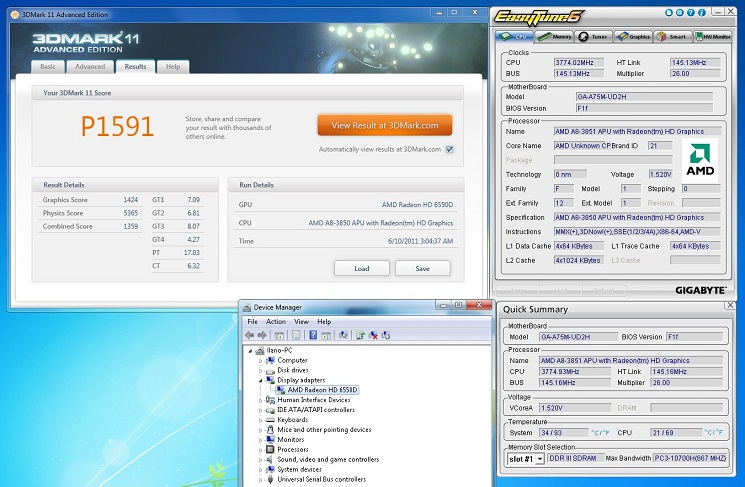 Llano based APUs are due in shops very soon and will comes in 3 three flavours. The A8, A6 and A4 series set to compete in the mainstream sector on the FM1 socket.