Computex is the PC industry's premier event for showcasing new products and technologies intended for a vast range of customers over the next few months and years. There's no better stage for garnering as many eyeballs as possible on new and upcoming devices, making attendance almost mandatory for many component manufacturers. One of those attending this year is Patriot who, alongside their Viper Gaming enthusiast off-shoot, are planning to bring a very varied selection of current and brand new products to Taipei from May 28th.

Storage needs will be catered to by a pair of M.2 NVMe SSDs incorporating the Phison E12 Controller seen in some other class-leading drives. The Viper VPR100 and RGB VPR100 utilise an M.2 PCIe Gen 3 x4 interface (giving you some idea of the maximum available bandwidth), and in the latter's case will include RGB LED lighting. The Patriot P200 and Burst 2.5" SATA III SSDs cater to a more mainstream audience, while the Scorch M.2 PCIe SSD will utilise the compact form factor but with performance angled towards the more affordable end of the spectrum.

Patriot's Viper brand takes the lead in periperhals with new gaming headsets, mechanical keyboards, mice and associated accessories. RGB lighting is incorporated almost entirely through the range if that's your thing, including on the Viper RGB Rollout Mouse-pad and V765 Mechanical Keyboard. 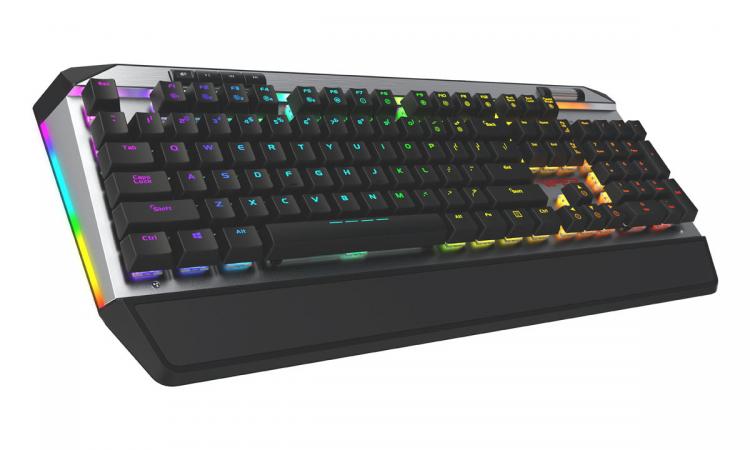 As memory specialists, Patriot have not neglected DRAM in their Computex 2019 plans. Viper will be rolling out new performance DIMMs with and without RGB lighting as well as SODIMM memory for laptops and mini-PCs, while Patriot are opting to showcase their Signature Line Premium DDR4 memory.

"We are dedicated to creating meaningful products for a wide range of PC enthusiasts and our new SSDs and gaming peripheral exemplify our determination again. We are looking forward to welcoming the media and influencers to our VIP suite during this irreplaceable trade show." - Roger Shinmoto Vice President of PATRIOT and VIPER GAMING

Patriot and Viper Gaming will be demonstrating the products at their VIP suite between 10am and 6pm from May 28th to May 30th, and between 10am and 3pm on Friday May 31st. The VIP suite is located on The Grand Hyatt Taipei's 11th floor, Suite #1145 - 1146. Expect plenty of coverage from your favourite tech websites and influencers.