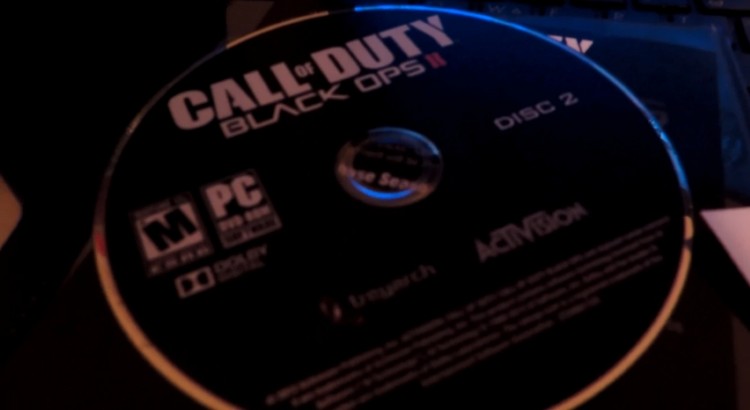 Below is a video from YouTube user zeroiez who took video of his experience.


No statement has been issued by Activision yet as the game has only just been released but if you are affected the game is a Steamworks game and is redeemable on steam. However, this could also see you get a free version of the Mass Effect franchise according to this post on the Bioware blog.

Rumor has it that about a thousand customers who purchased Call of Duty: Black Ops II for PC today were also treated to a surprise copy of Mass Effect 2. If you were one of the affected, chances are you thought it was a mistake, but we prefer to think that it was an omen, and when the universe talks, you should listen.

If the universe thinks that you should be playing Mass Effect right now, who are we to argue? In fact, we want to help! The first fifty fans affected by this phenomenon to send us a picture holding their special disc 2 will receive a code for a FREE PC copy of Mass Effect Trilogy.

Remember, in order to qualify, YOU must be in the picture, and disc 2 of your Call of Duty: Black Ops II must be visible. Got it? Then send your photo to [email protected] and you could be playing your very own Mass Effect Trilogy in time for the weekend!

What a great move by Bioware here! However, the big question is, how did a game created by Bioware and published by EA get on the discs of a Treyarch/Activision game?

Were you one of the lucky ones affected? Tell us about it in our forums.

« Breathe Easy With NZXT's New Respire Coolers · PC version of Black Ops 2 ships with Mass Effect 2 instead. Bioware respond. · The Walking Dead Season Finale will be released on all platforms on the 21st of November »