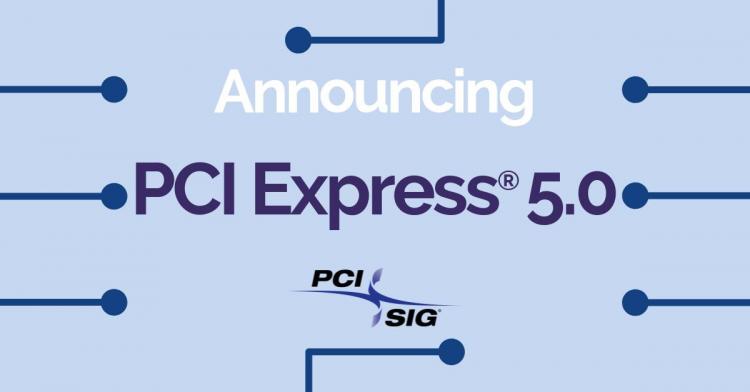 AMD may have just announced the first consumer PC platform and GPU to support PCIe 4.0 but already the next generation of PCIe standards is waiting in the wings to usurp its place. Today PCI-SIG, the steering committee in charge of PCI-Express standards, announced the final specifications of PCIe 5.0 and are paving the way to its adoption by the IT industry over the coming years.

PCIe 4.0 doubles available bandwidth per lane compared to PCIe 3.0 and PCI 5.0 achieves the same feat. However unlike PCIe 4.0 the release of specifications comes less than two years after its predecessor was finalised, rather than seven (or three, if you count the relatively minor PCIe 3.1 revision to the spec.). PCI-SIG aspire to double the PCIe bandwidth every three years going forward while maintaining backwards compatibility, an immensely challenging task.

AMD are incorporating PCIe 4.0 into the Ryzen 3 platform, and will be supporting the high bandwidth specification with Navi when it launches in Q3 of this year. Storage manufacturers have also announced new NVMe SSDs which take advantage of the updated specification, made possible by next-generation storage controllers from Phison. However this has come at a cost; the new speeds require higher performance from the motherboard Platform Controller Hub, which (in a call-back to chipsets of yester-year) are in the vast majority shipping with active cooling as standard. While PCI 5.0's spec might be final, it'll still be a long while before consumer systems are ready to take up the challenge.

It's anticipated that Intel are developing designs which take advantage of PCIe 5.0 that are currently on the slate for release in 2021. They may choose to leapfrop to this new standard in particular market segments if they feel it's advantageous to do so, but that would be a major gamble.

Highlights of the PCIe 5.0 Final Specification include:

For more information on all things PCI-Express visit the official website at PCISIG.com.