Released at retailers today is the Phanteks TC12LS RGB, a design which is (unsurprisingly) derived from the vanilla TC12LS. This diminutive cooler caters to systems with restrictive chassis internal dimensions, particularly those with height issues that are a little more accommodating around the CPU socket itself. 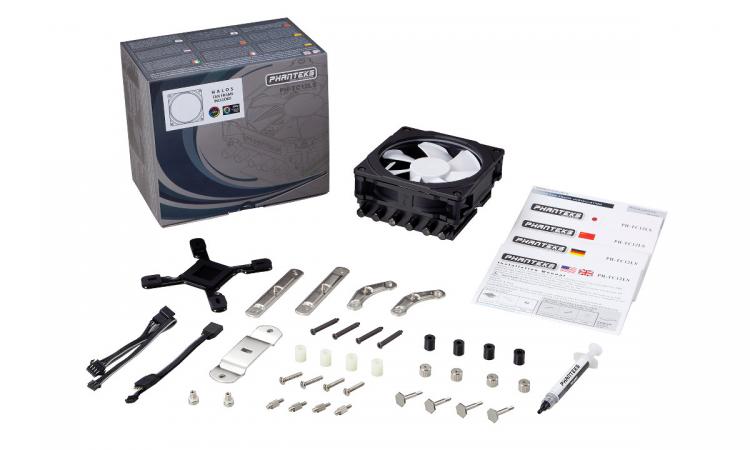 A top-down orientation and 80mm height belies its cooling potential: no less than six heatpipes draw heat from the CPU to the almost 120x105mm heatsink fin stack. Thanks to a F120MP PWM fan air flow through the heatsink and around the socket is substantial, surpassing the cooling potential of reference solutions with ease. It's compatible with mainstream desktop sockets including AMD AM4 and Intel LGA 115x and incorporates a mounting kit that should make installing the light-weight heatsink trivial.

RGB LED lighting is isolated to the Phanteks F120MP fan, but it's by no means subtle. The frame incorporates lighting through the inclusion of a Halos RGB fan frame, which can be customised via popular motherboard vendor solutions such as ASUS AURA Sync, MSI Mystic Light, GIGABYTE RGB Fusion and ASRock Polychrome RGB. The lighting can also be daisy-chained to other Phanteks RGB components, generating immersive synchronised lightings effects. 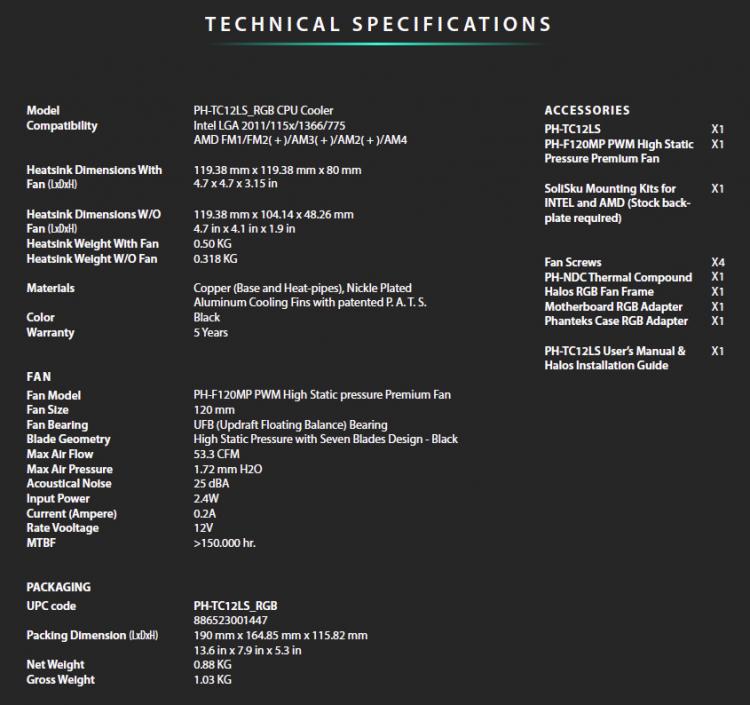 There are currently 685 user(s) online:
Google