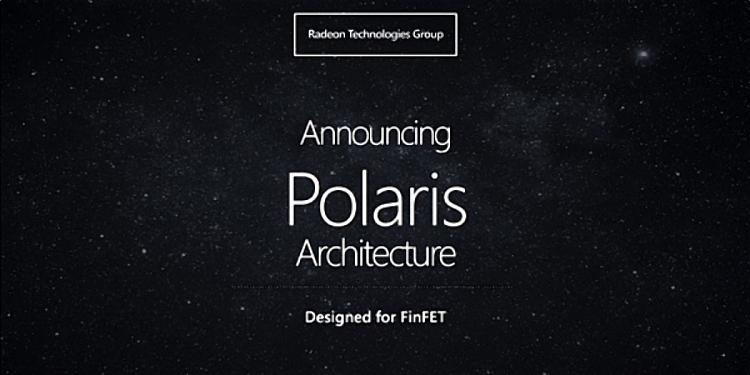 During an interview with VentureBeat, Raja Koduri, head of Radeon Technologies Group explains in detail what AMD intends to bring to the graphics market in 2016.

The next iteration of GPU codenamed 'Polaris' will arrive in two variations according to Koduri:
This is Polaris 10 and thats Polaris 11. In terms of what weve done at the high level, its our most revolutionary jump in performance so far. Weve redesigned many blocks in our cores. Weve redesigned the main processor, a new geometry processor, a completely new fourth-generation Graphics Core Next with a very high increase in performance. We have new multimedia cores, a new display engine.

Koduri also goes on to explain the focus of these new GPUs is power efficiency - highlighting the use of the new 14nm 'FinFet' manufacturing process. He also touched on the set goal for the new GPU:
The target we set was to do console-class gaming on a thin and light notebook. What does that take for the GPU in terms of power and configuration? Im proud to say weve accomplished that goal with this GPU.

On FinFet, according to a recent press release by AMD:
The worlds first public showcase of 14nm FinFET PC GPU technology promises more than double the performance per watt over previous generations.

With this in mind, AMD are hitting hard on the low power consumption benefactor for these new GPUs.

Polaris will also feature; -
"AMDs 4th generation Graphics Core Next (GCN) architecture, a next-generation display engine with support for HDMI® 2.0a and DisplayPort 1.3, and next-generation multimedia features including 4K h.265 encoding and decoding."
This may prove to be invaluable to any Broadcasters/ Video Editors & places AMD in direct competition on this front with NVIDIAs 900 Series, which already supports some of these technologies.

Koduri also touched on Oculus & the impending arrival of VR:
Today you look at what Oculus and everyone else is talking about as far as specs. Its still limited to high end desktop PCs. With Polaris we want to bring that down to a much larger part of the market. But you see where were aspiring to be in the coming years. Our realization is that to get to that next step, its not just hardware evolution. In fact, most of the steps up to this VR point have been enabled, if you look at it, by significantly faster hardware at every step.

With regards to the future on the professional front, Koduri comments:
We expect to make a run at the workstation market much more aggressively, with much more compelling hardware and software than any time in the last 10 years. Thats another area where youll see a lot more work.