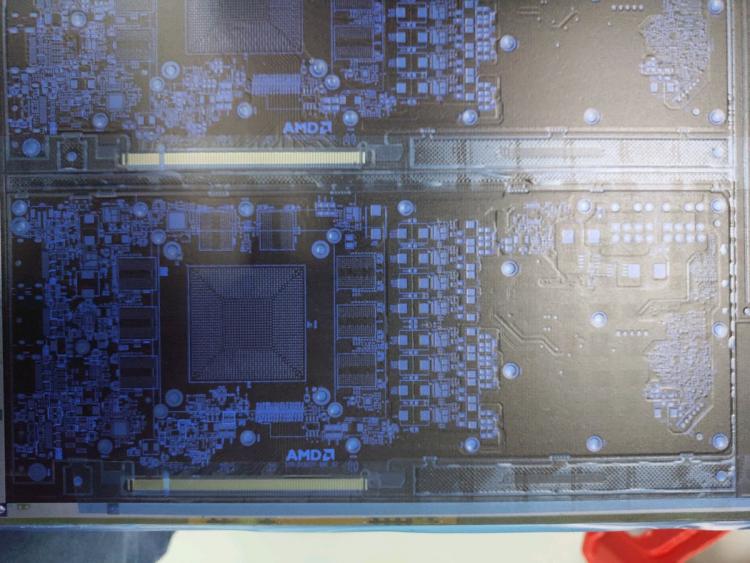 A curious curio appeared on Twitter last week which could be pointing to some sparkling AMD Radeon news ahead of Computex at the end of May. Spotted by @Komachi_Ensaka were images of two PCB's posted to the Baidu forums, PCBs that didn't match any released thus far and featured prominent AMD branding. Could this be a reference PCB for the much-fabled Navi GPU, scheduled to be unveiled next month? Quite possibly.

The two images show front and back of a printed graphics card PCB. In addition to AMD branding near the PCI-E connector there are a few points of interest:

2. Two 8-pin PCI-Express power connectors, in theory capable of supporting up to 150W each. 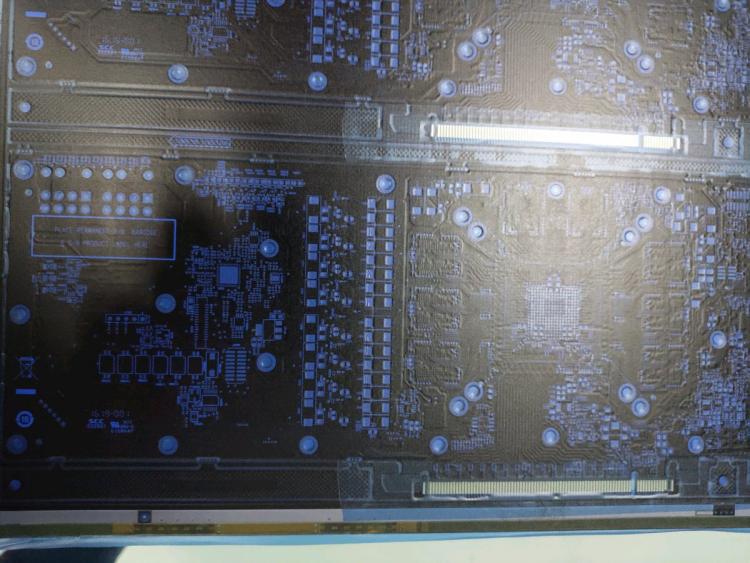 The over-engineered nature of this PCB has already lead to speculation that it's an engineering board designed more for testing than retail release. However it also shares many of the hallmarks of recent AMD reference designs, including robust power delivery and blower cooler.

Navi performance is still unknown outside of AMD and their trusted partners but the same principles apply today as they have for the past decade. The GPU needs to be fast (at least on part with the RTX 2070 in today's lineup), relatively power efficient and have a quiet cooler. Dual eight-pin power and blower cooler design already raises worrying questions.

AMD will hopefully unveil Navi in all its glory during Computex 2019 at the end of May, with retail availability not soon after.