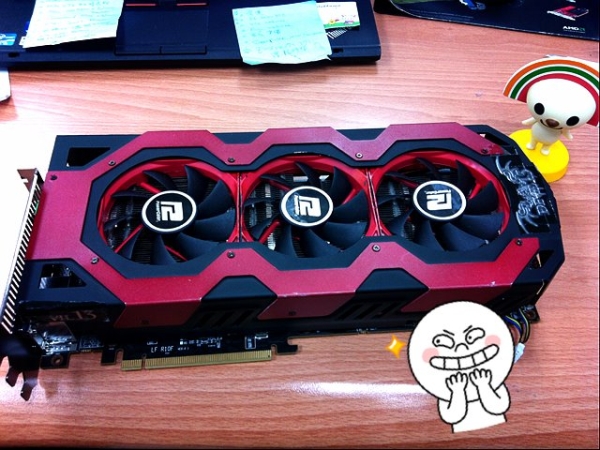 Though stock remains tight NVIDIA took the single-card performance crown earlier this month with the release of the GTX 690. Featuring two GK104 GPU's clocked at almost 1 GHz, the 690 will prove to be a tough act to follow for AMD. Eagerly anticipated by those who follow the Red Team and interested neutral parties, the dual-GPU HD7990 should be coming very soon and will at the very least feature two Tahiti GPUs.

Traditionally the reference dual-GPU card designs have featured GPUs not quite the speed as the fastest single-GPU card counterparts; the 6990's GK104s are not clocked quite as highly as the GTX680's, and similar modifications have been made for the 590 and 5970 in the past to remain within a sensible TDP. Speciality cards such as the ASUS MARS range have featured full-fat GPU's, but at a definite price premium. 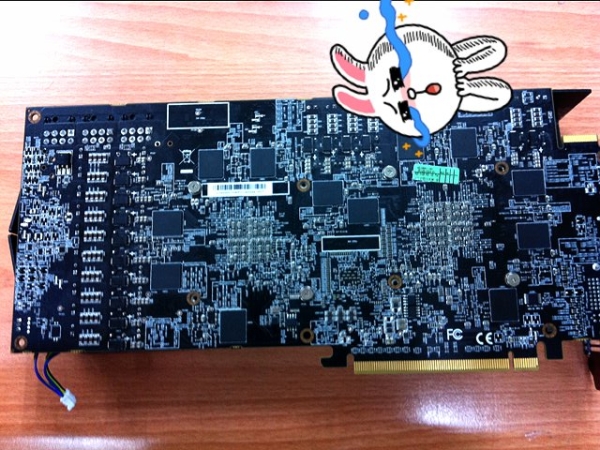 Pre-empting the official announcement and release of the 7990 somewhat, Powercolor have shown off their own dual-AMD-GPU variant: the Devil 13 7970 X2. Pictured on perennial leak site Donanimhaber with outline specs, the card is cooled with their new 3-slot triple-fan Vortex 3 design and a little taller than the average graphics card. As the name suggests it will incorporate two full-fat 7970's likely clocked accordingly, and is supplied with power by three 8-pin PCI-E power connectors. 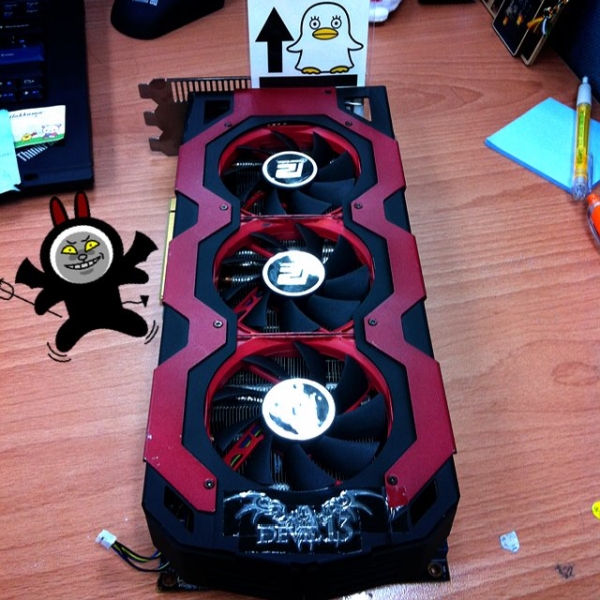 The 28nm Tahiti GPU's will both have 384-bit memory interface and 3GB RAM, and will be capable of Quad-Crossfire in tandem with another 7970 X2 or two further 7970's. The maximum rated power draw is a monstrous 525 Watts, implying rather heavily that this is a no-compromise solution compared to other dual-GPU entries on the market. 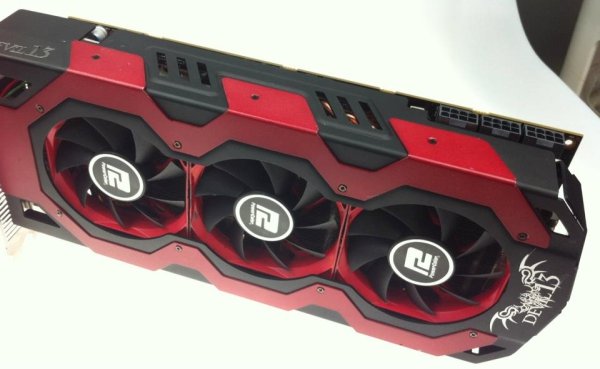 The card should be on show early June at Computex, Taipei. No price has been quoted, but it's likely that if you have to ask you can't afford it.